Uralla is one of my favourite nearby places to explore nature. This well-maintained reserve is situated right on the southern edge of the town boundary of Trafalgar, (limited parking and no toilets). 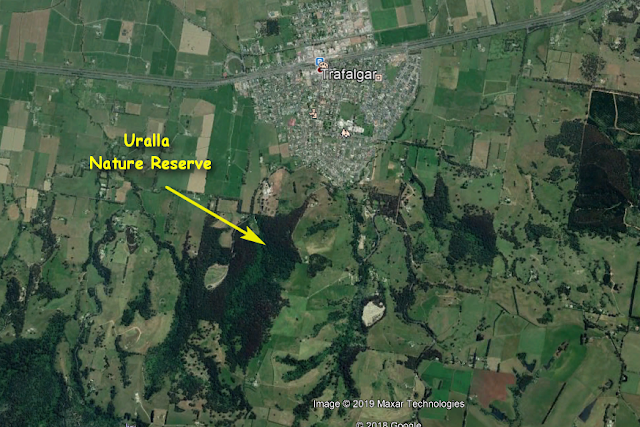 The invasive pittosporum species is being slowly eradicated by some dedicated work crews at the moment. It will be interesting to see what species will return.

Cobra Greenhood
The winter greenhoods have started in many places in Baw Baw, mostly Nodding Greenhoods, so it was pleasing to find a couple of the less common Cobra Greenhoods beside Bullocky Track. 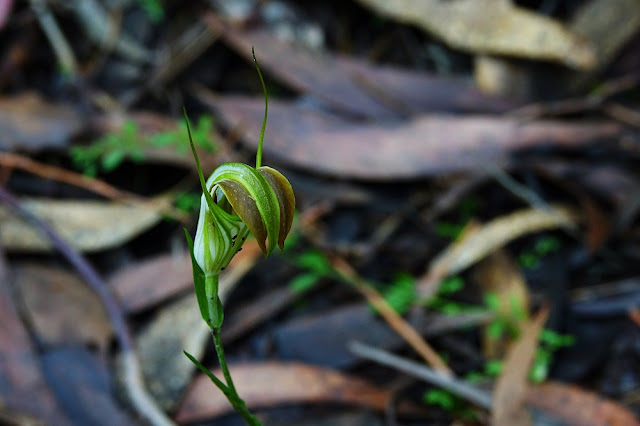 One reference quotes this species of terrestrial orchid as being, “… rarely encountered in the wild, and known from very few, widely scattered locations”. 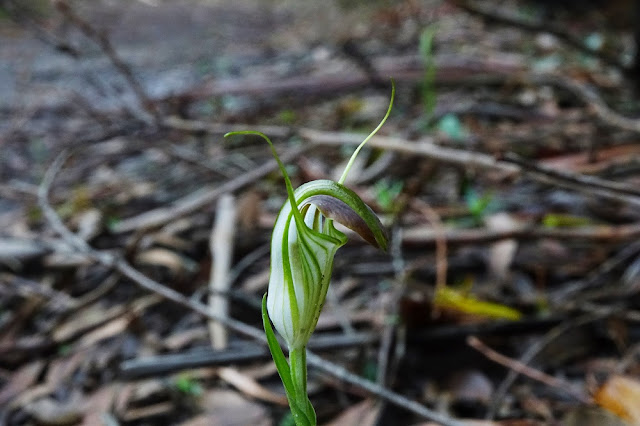 Hairy Curtain Crust (I think)
This species of Stereum can vary widely in appearance but a close inspection does clearly show the hairs growing on the upper surface. 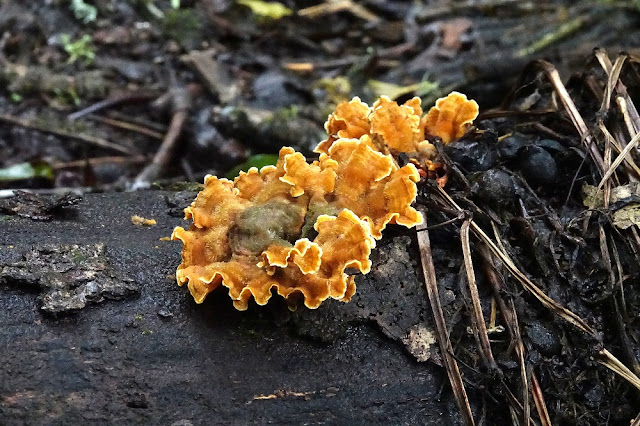 Golden Curtain Crust (probably)
Much larger than its hairy cousin and lacking the hairs. This fungus always stands out in the dark understorey of wet forests. 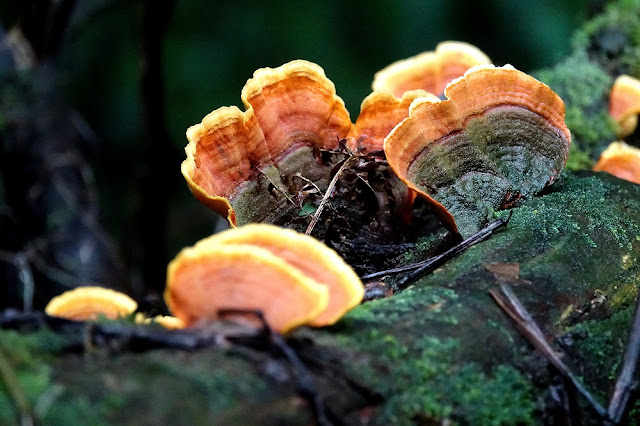 Rainbow Fungus
This common world-wide fungus always makes an impression when the colony grows large enough. It can vary in colour and at times the term ‘rainbow’ is very apt. 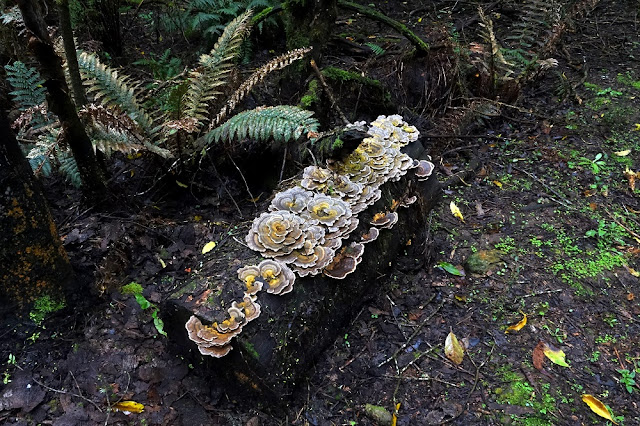 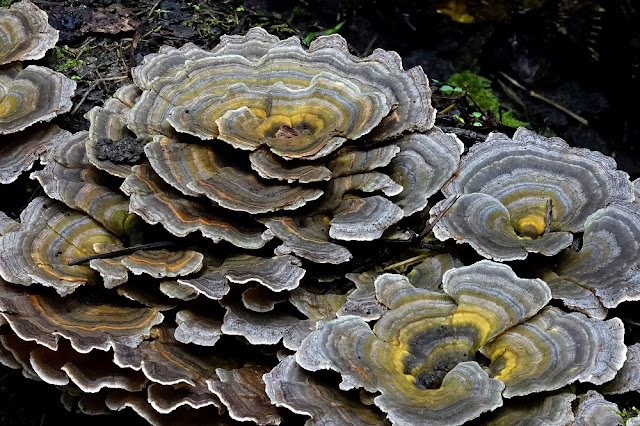