Robin Hood Reserve is a small reserve on the Tarago River at Robin Hood, right beside the freeway just north of Drouin. 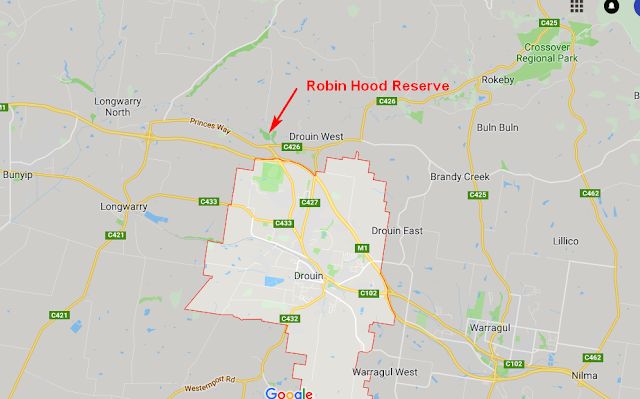 This picturesque little reserve is always kept neat and tidy by the friends group. Planting, pruning and weeding has ensured a minimum of weed species and a nice variety of indigenous flora. 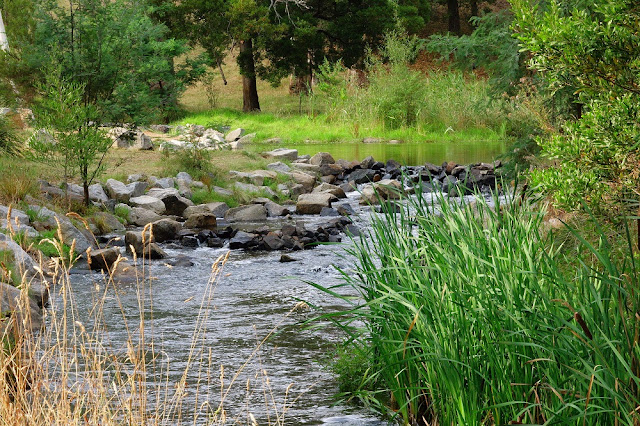 A wander along the track beside the water had me zooming in to some insects and spiders.

While in the middle of trying to sort some settings with a new camera, a blue flash that could only be an Azure Kingfisher zipped past and out of sight down-stream. I haven’t ticked an azure for some time now and this bird takes the ‘Drouin list’, Robin Hood being a suburb, to an amazing 105 species! 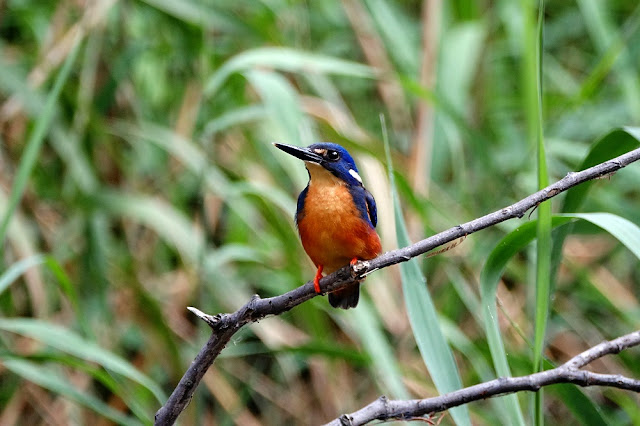 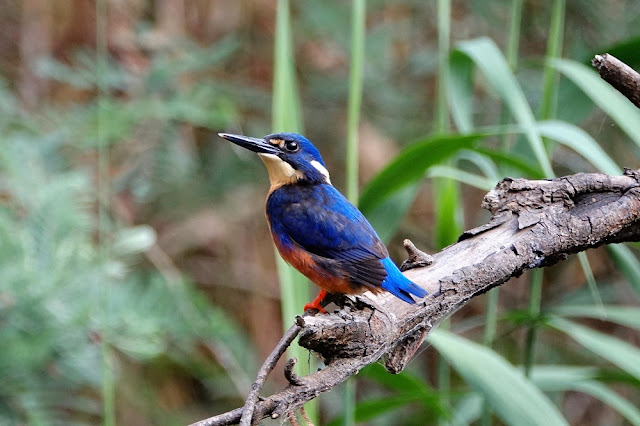 I slowly walked to the end of the track on the bank of the river and luckily spied the bird before it saw me and I was able to quietly work my way in for some great views as the bird dived in and out of the water, not catching prey in this case, but to give the feathers their morning maintenance. 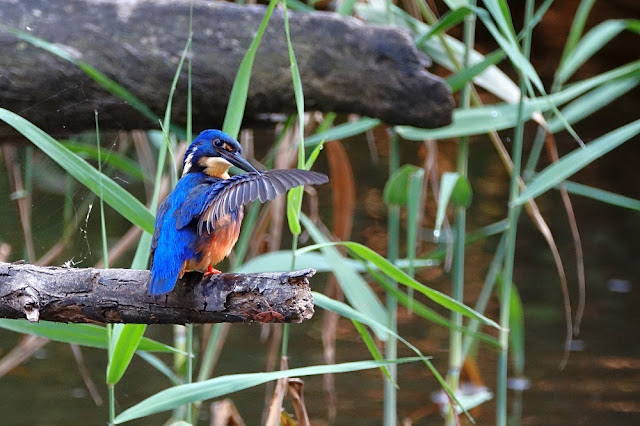 Just to cap off a nice half hour, a Buff-banded Rail strolled into view for a couple of quick bursts with the camera.
Add in King Parrots feeding in an acacia, Grey Butcherbirds carolling all the while, it was a good start to a day that hopefully will give the firefighters in the hills nearby a bit of a chance to get on top of some worrying conflagations.
Posted by Gouldiae at 11:47 AM 1 comment: