The Eastern Yellow Robin is just about the Shire of Baw Baw’s most emblematic bird. This charming bush robin can be found in parks and reserves throughout the shire, often right on the edge of densely populated urban areas. I know of a couple of well vegetated town gardens that are regularly visited by this bird.

In some situations, the Eastern Yellow Robin displays a curiosity of human intruders into its territory. Simply sitting quietly on a log in the bush is often all that is needed to get a great view of this bird.

Eastern Yellow Robins can be found in dry and wet forests up and down the eastern seaboard, from the alps to the coast.

They feed on insects, spiders and larvae taken mostly on the ground. The birds often scan the ground from a low perch before pouncing down onto a suitable morsel.

In contrast to the colour and charm of the adults, a young Eastern Yellow Robin fledgling could only be loved by its parents.

Some of Baw Baw’s Eastern Yellow Robins are sedentary and can be found in their territory all year round. Others are probably seasonal altitudinal migrants and during winter come down from the high country.

The Eastern Yellow Robin has two diagnostic calls, a “tchew-tchew” and a repeated bell-like piping. 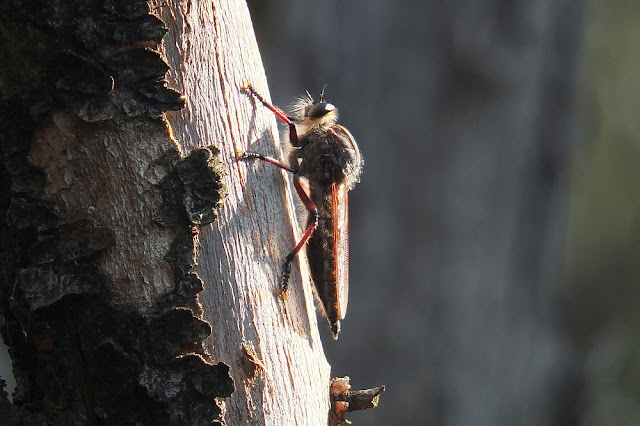 These carnivorous flies capture insects on the wing and sometimes spiders. They have strong hairy legs and a hairy face, thought to protect them from their struggling prey.

There is a large family of ‘robbers’ and I have no intention of declaring just which one this is.

Robber Flies lay their eggs in some soil, decaying wood or on plants. Their larvae are predators too, feeding on other insects, larvae and eggs. 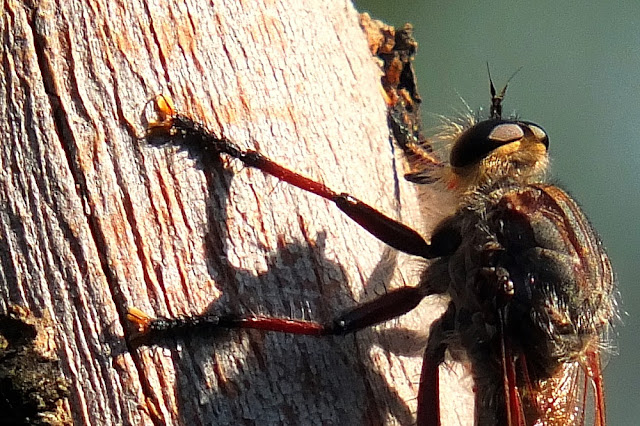 A beneficial if ugly visitor to the garden.

Posted by Gouldiae at 8:08 AM No comments:

Today I tried catching up with a Mistletoe Bird I’ve been following in a patch of bush near home. Despite checking every few days, I’ve missed the first flight of the babies – the nest was abandoned.

However, in a patch of bracken almost directly below the Mistletoe Bird’s nest, a female Superb Fairy-wren was diving in and out at the same spot, indicating she was tending to a nest. 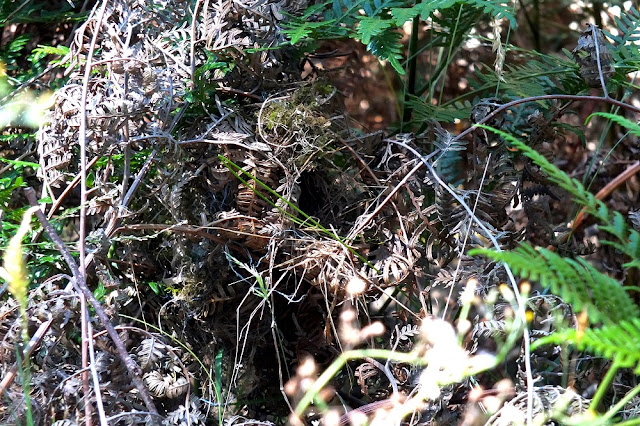 It took a little while but eventually I was able to manoeuvre into a position where I had a good view and could comfortably wait awhile. 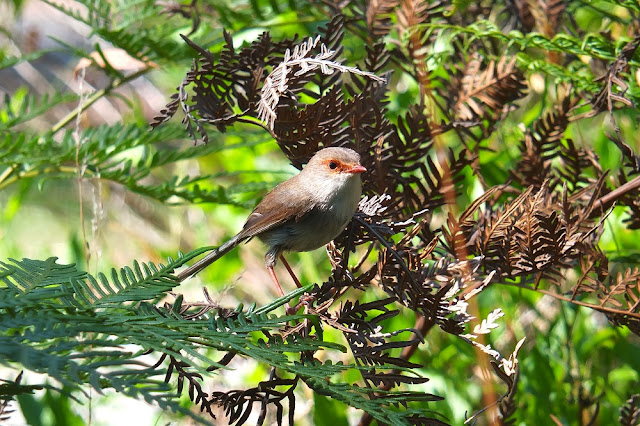 She was wary at first but gradually moved closer and closer. At one point she sat on a branch just above me and preened her feathers for some time, called loudly - for a wren - before cautiously sauntering toward the nest. 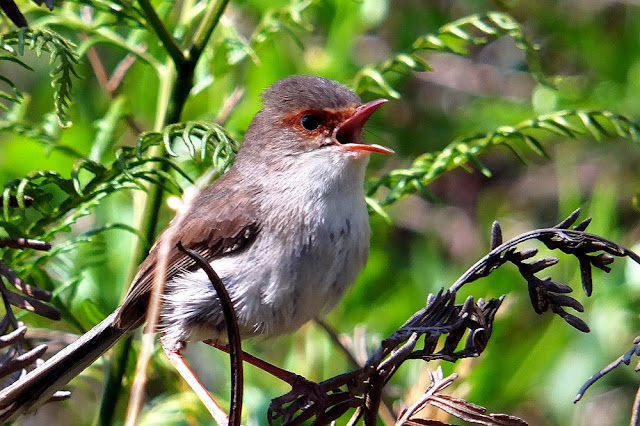 Eventually she abandoned all discretion and made a bee-line for the opening. 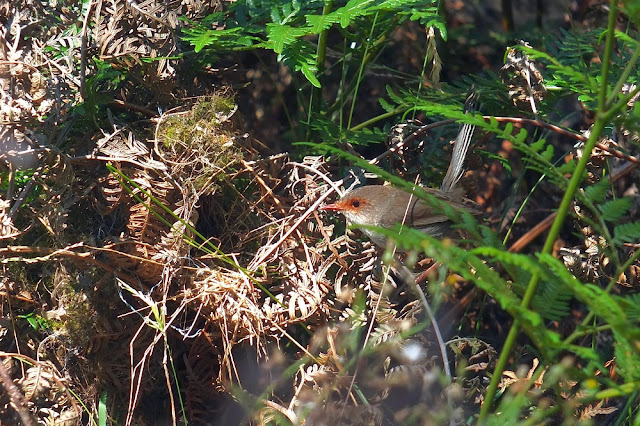 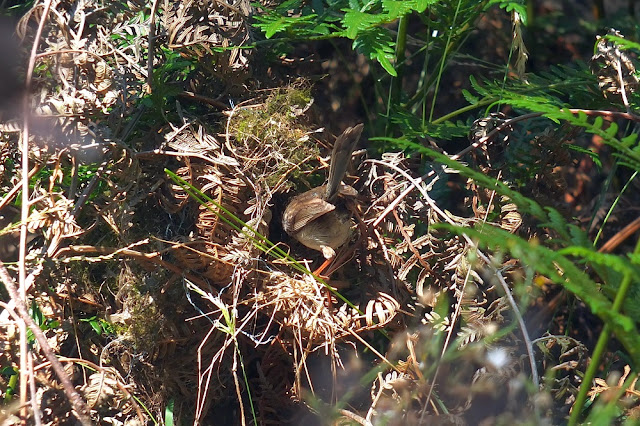 After much jiggling about, she emerged and flew off, only to return shortly after and repeat the performance several times, apparently having satisfied herself that my semi-concealed presence was no threat. 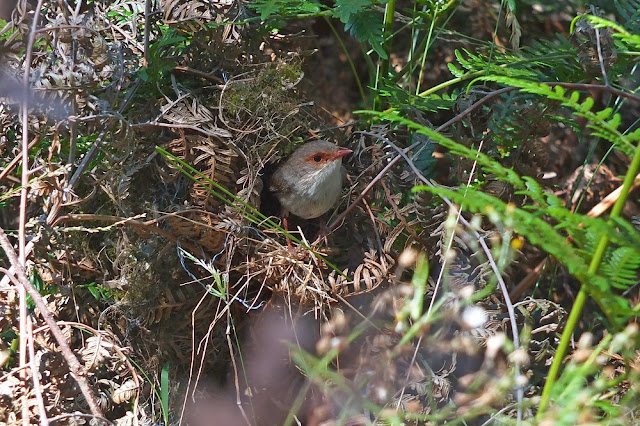 I hope the contents of the nest will survive tomorrow’s predicted 41 degrees.
Posted by Gouldiae at 10:24 PM No comments: