The Fox and the Thrush

The Rokeby Crossover Rail Trail is a favourite nearby spot for fungi. Alas, the current very dry conditions will put the fungi season back a bit it seems. 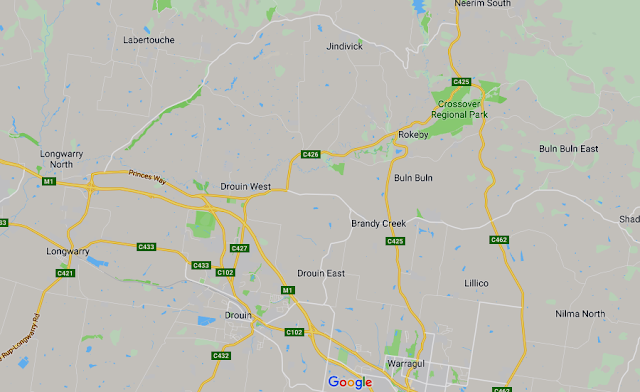 I did enjoy being watched by these two… 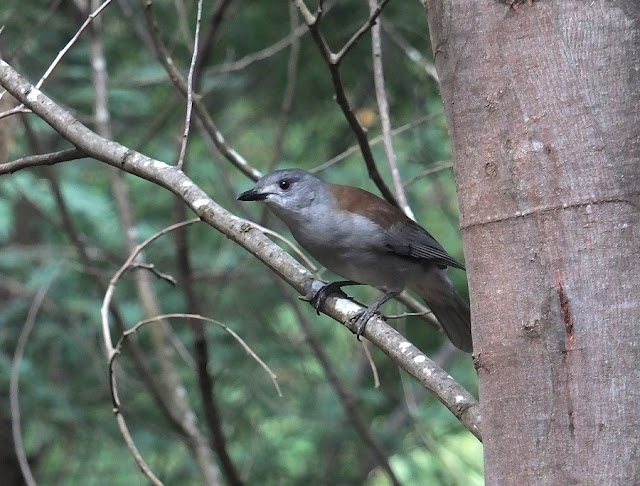 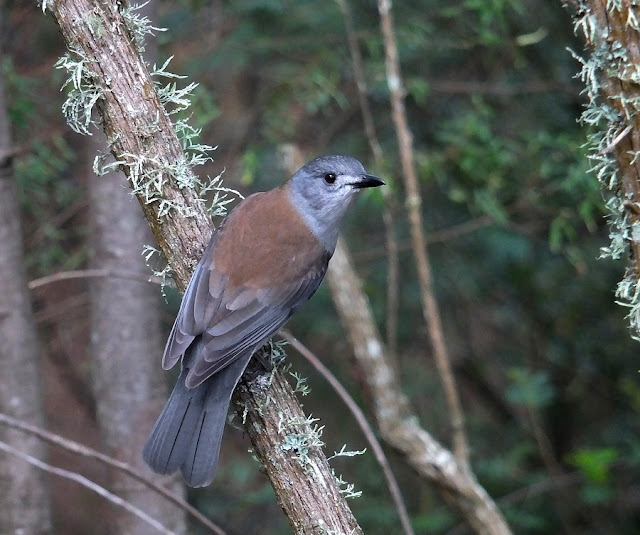 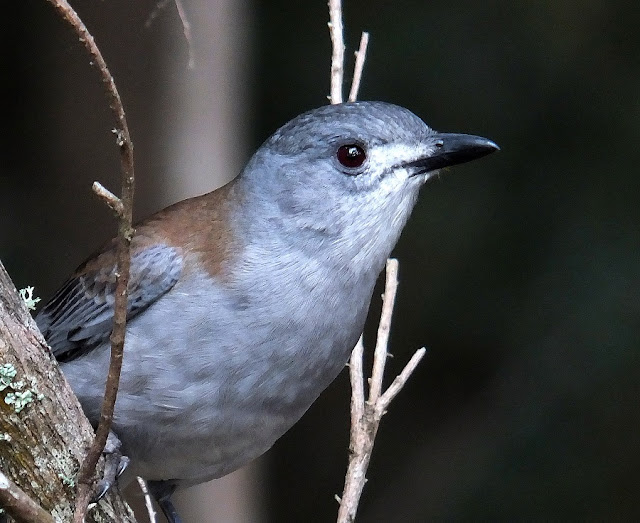 Any day in the bush can be rewarding, even with common or garden species.
Posted by Gouldiae at 10:07 AM No comments:

Four Brothers Rocks is a group of large granite tors that are located in the western end of Bunyip State Park. 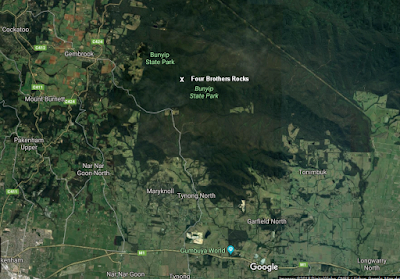 Getting to the car park at the top end of Burgess Rd off Link Rd is easy but once in the car park there is no signage pointing to which of three tracks takes you to the site. Bit confusing without a more detailed map, but some exploration finally had me heading the right direction.

Yes, the rocks are large but the promised views were a little underwhelming with trees and undergrowth not being reduced for some time I suspect. 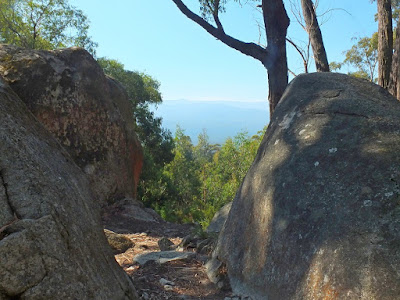 The walk in was easy. Some tree ferns and false bracken engaged me for a short while. 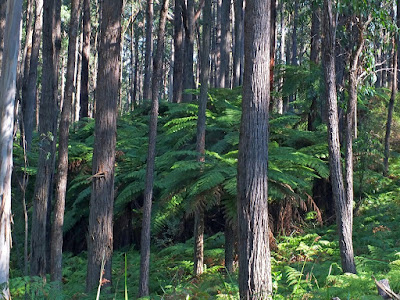 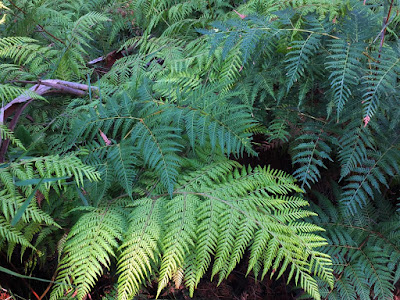 The rocks themselves are worth seeing (and if you position your camera properly you can avoid the worst of the graffiti😠.) 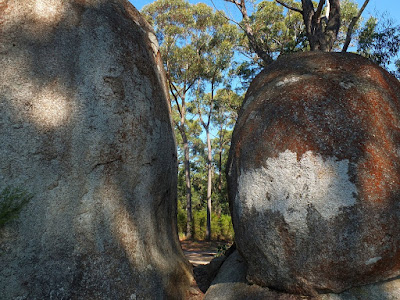 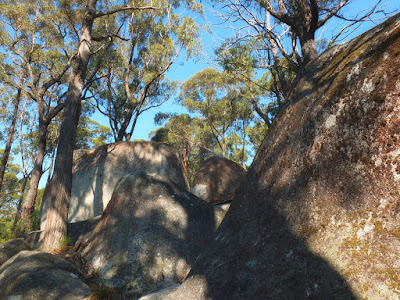 Erosion by exfoliation to give the formations their dome shapes is clearly evident. 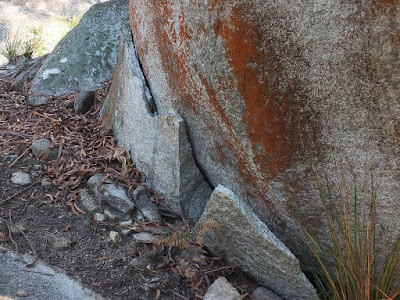 Several faces were covered in a red lichen which added a dimension to some of the photos. 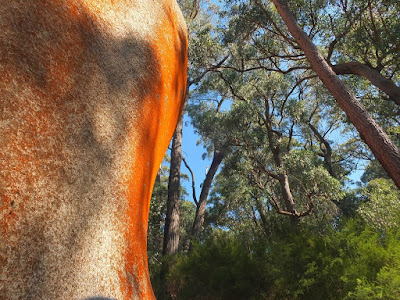 Birds? Well I did catch up with a Banksia Wren 😊! 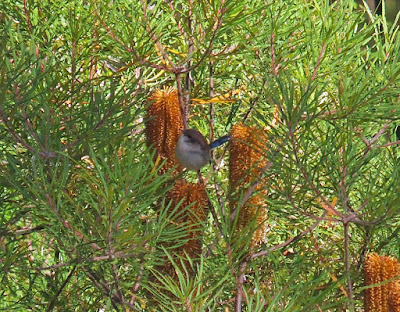 Reef Island Nature Conservation Reserve is situated on the eastern shore of Westernport Bay between Coronet Bay and San Remo. The island, which can be accessed at low tide by a narrow spit, is sort of between Philip Island French Island.
The principal vegetation was mangrove with some saltbush and a bit of tussock grass.

This was my first exploratory visit to the site and a more detailed look is warranted.

The reserve is a valuable conservation area for waders and shorebirds. I had no trouble ticking terns, cormorants, oyster catchers, egrets, ducks, swans, sand plovers, etc, but I won’t say it was easy to identify some of them – my wader skills are sadly lacking.