Spring Be Here – at last!

A visit to Weatherhead  Reserve at Maryknoll and Mt Cannibal at Garfield North a day or two back alerted us to the arrival of Spring in the district.

West Gippsland has luckily not received the downpours of late experienced by the unfortunate residents on the other side of Melbourne. Nevertheless we have had a wet time of it of recently. The spring blooms are beginning to appear. Flower stalks shooting up from the centre of Xanthorrhoea grasses, Love Creeper, numerous wattles and peas, mozzies, even an early Fantailed Cuckoo were all evident at Maryknoll and Garfield North.

Dave and I had been seeing Bird-orchid leaf for several weeks now and finally we ticked a flower at Mt Cannibal. 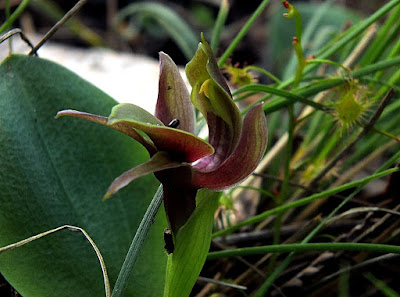 Twining Glycine is a personal favourite and we found some of this delicate twiner in flower at both sites. 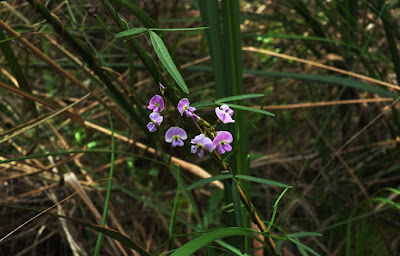 I was surprised to hear a Fantailed Cuckoo at Mt Cannibal, but scalding calls by Brown Thornbills and Superb Fairy-wrens consistently diving into a thicket of scrub indicated the nesting season is underway and the cuckoo was going to get in early. Meanwhile an inquisitive Grey Shrike-thrush snuck in to have a peek at what Dave was up to as he captured a Bird-orchid with his camera. 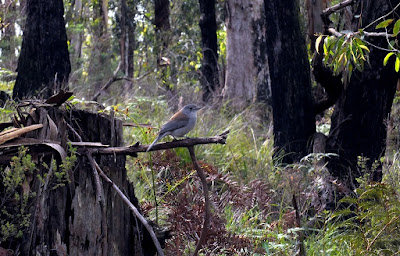 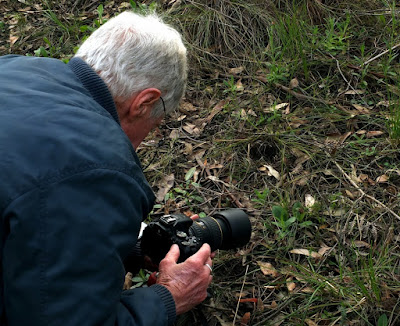 Drosera sp has been in abundance for quite a while now. This plant at Mt Cannibal caught my eye and when I edited the image I think I can see an insect about to be dissolved! 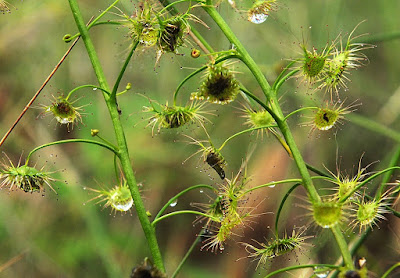 We capped the morning off at Mt Cannibal by coming across our first Caladenia sp for the season. 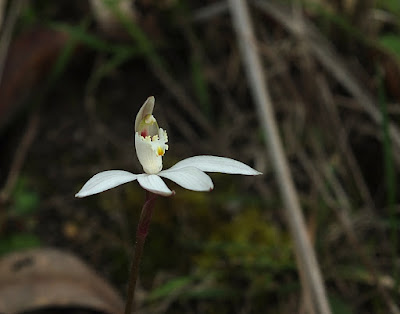 Now, time to start clearing the diary and get out there.

I recently found a small colony of Maroonhoods growing in the notch of a tree trunk. Bit of a first for me. There were a few individuals on the ground beside a track in the Bunyip State Park. But then I noticed 4 or 5 individuals growing in the tree! 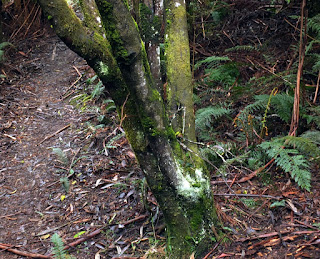 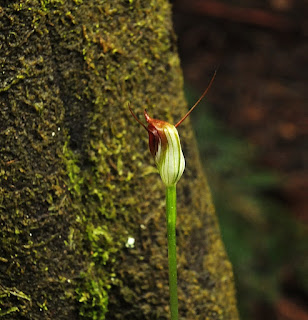 A friend invited me to explore a private bush block at Nilma North. Some nice birds and shrubs, but the highlight was to find four species of Greenhoods in close proximity - Nodding, Maroonhood, Tall and Blunt. 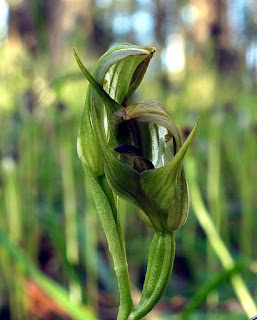 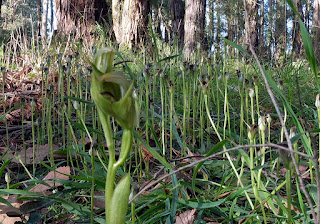 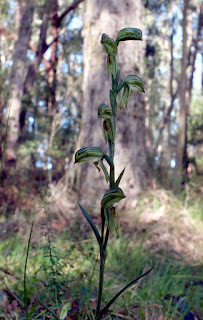 I got the above three shots, plus a few others, within 2 or 3 square metres.
Posted by Gouldiae at 10:46 PM No comments: