There hasn’t been a lot of activity here of late. I’ve been occupied somewhat over here with tree stuff.

Today I finally got around to editing and identifying, (hopefully), some of my recent fungi finds. It is always a delight to discover some of these beautiful, strange and important organisms.

In no particular order …

I was lucky to see this Cordyceps robertsii in some bush in Bunyip State Park. Like other Cordyceps, this fungus grows from a caterpillar in the soil. Here’s a link to the remarkable story of ‘vegetable caterpillars’. 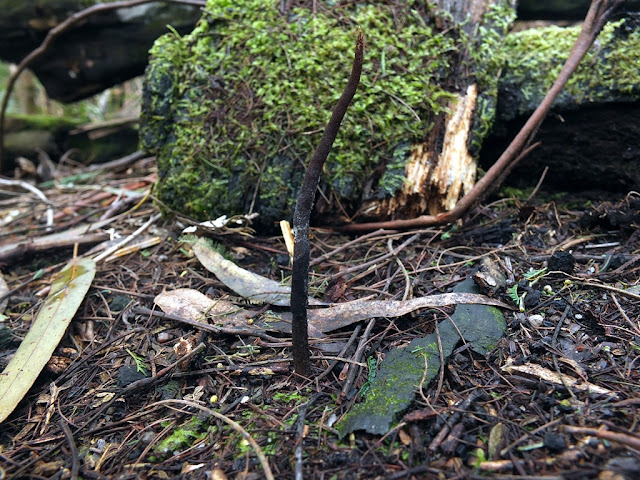 The Crown-tipped Coral Fungus grows on dead wood in wet forest and I saw this on the Lawson Falls Track in Bunyip State Park. I think its proper identification is Artomyces colensoi. Apparently this species has a peppery taste – I didn’t have an assistant with me at the time to confirm this! 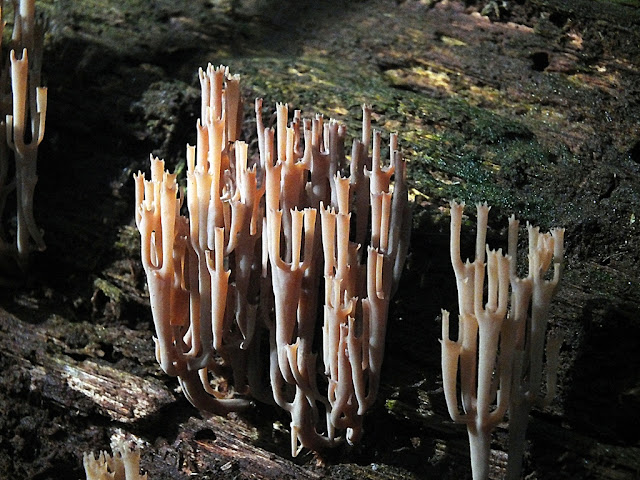 The Sweetwater Nature Conservation Reserve was the locality for this Flame Fungus, Clavaria miniata. It is a pretty common species and although tiny, the brilliant red colour tends to catch the eye. I was a bit intrigued with the darker tip to this one – probably just decay setting in? 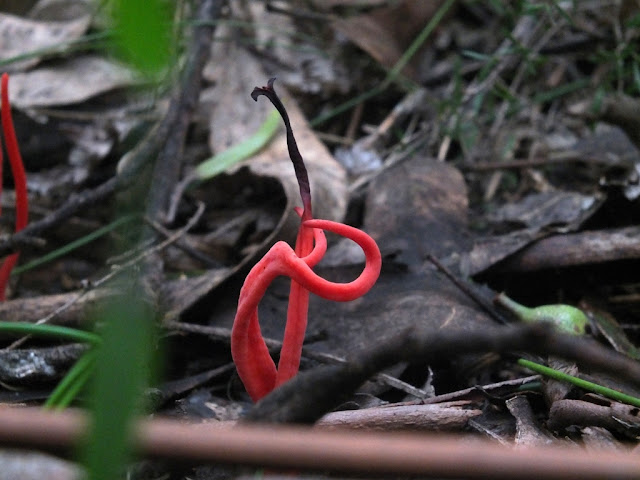 A family of Golden Scruffies, or Cyptotrama asprata (possibly), was another good find on the Lawson Falls Track. As this image shows, the young mushroom loses the tufts or fibrils as it ages. 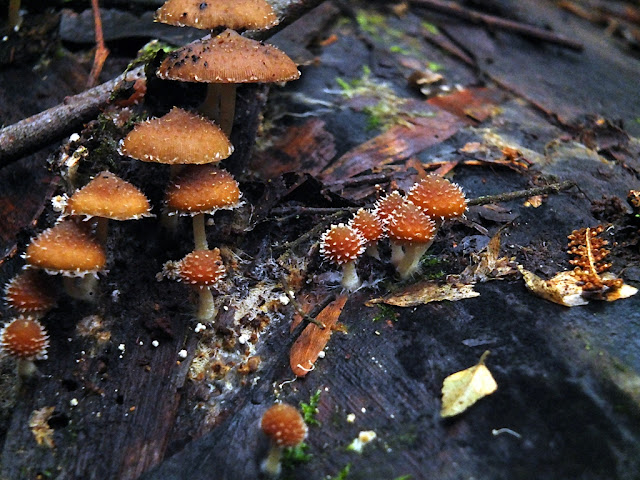 Mt Worth State park was where I ticked this Slender Club, Macrotyphula juncea. It likes to grow on leaf litter and small twigs, sometimes in a large group or colony. 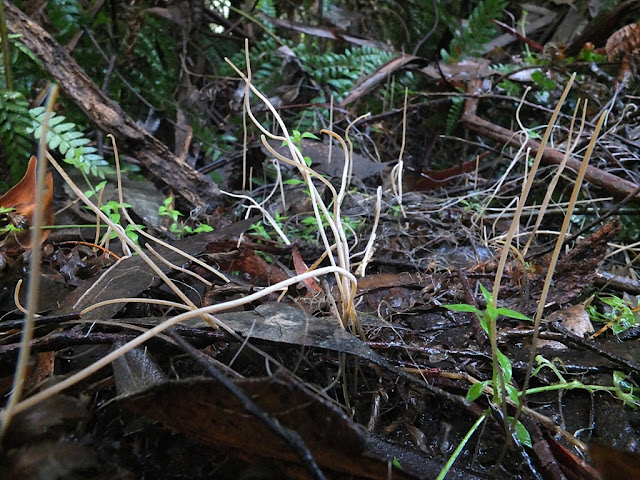 A strange and fascinating world.
Posted by Gouldiae at 11:13 PM No comments: