Ross's recent blog reminds me I have some Nangara orchid shots too that I haven't posted yet. Could be some debate over the ID's, (see disclaimer).


On Sunday I had the chance to spend some brief time in the Langwarrin Flora and Fauna Reserve. This piece of remnant bushland is squeezed between the Melbourne suburbs of Frankston and Langwarrin. The reserve has a fascinating military history and is now a popular spot for walking cycling and jogging. 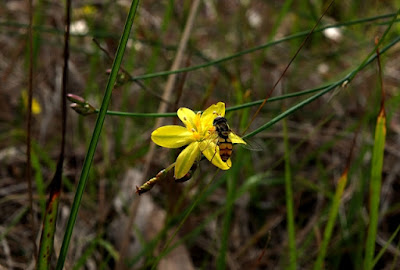 The flowers of the Yellow Rush Lily have a peculiar habit of twisting up when they finish or dry out. This one was being visited by a Wasp-mimicking Hover Fly just as I was lining up the camera. 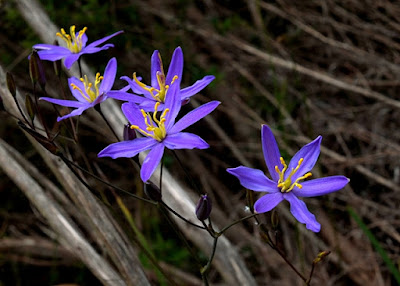 Tufted Blue Lilies are always a delight to come across and there were several nice colonies of them, including some white forms. 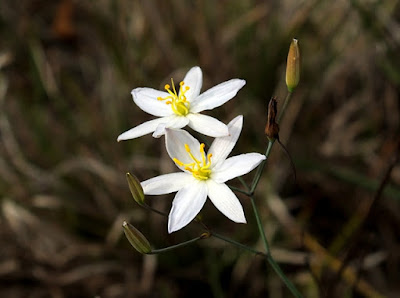 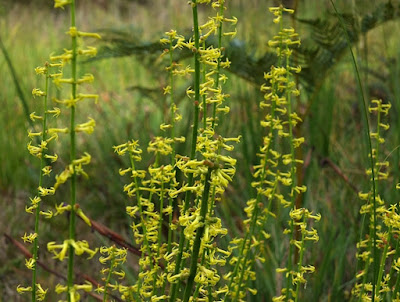 In places the boundary fire-break area was a golden glow from the Yellow Stackhousia. This plant is described as occurring throughout the state but I don’t recall seeing it in my old stamping ground of Central Gippsland. 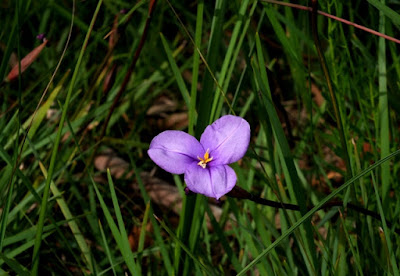 The widespread Purple Flag or Native Iris grows in coastal heath and woodlands mainly on poorly drained and sandy sites. 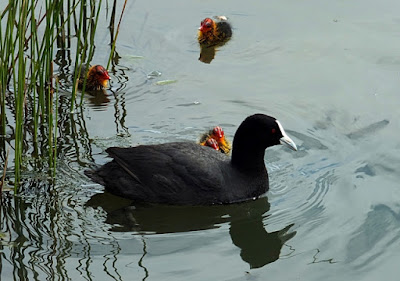 Nearby to Langwarrin is the CranbourneRoyal Botanic Gardens. These beautiful gardens are getting better and better as each year goes by. The water features, lakes, ponds, waterfalls in particular attract the water bird species and despite the numbers of people in the vicinity some even breed successfully, like this family of Eurasian Coots. 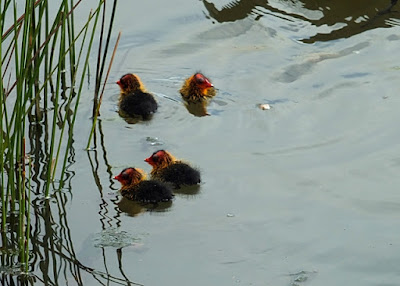 A few of the visitors watching me grab some shots were keen to know if had some worthwhile images of the little ‘ducklings’!

Posted by Gouldiae at 3:24 PM No comments: