A visit to Lang Lang and Grantville a couple of days ago produced some early signs of a good spring to come – says he hopefully. 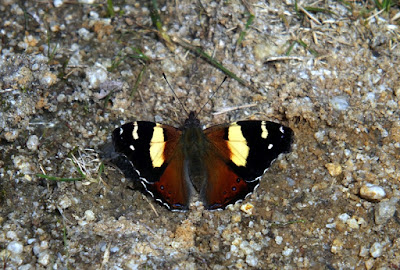 This Australian Admiral was warming up on the track. Admirals like open forest areas and prefer nettle species as host plants apparently. I didn’t notice any nearby nettles, but it was nice to see my first Admiral for the season. 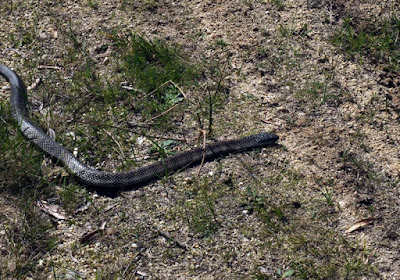 Also warming up on the track was a Tiger Snake. After a couple of quick photos I stood very still and let it move slowly into some track-side cover. 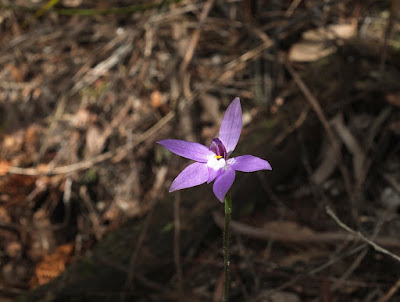 The little terrestrial orchids are always a delight to come across. This Waxlip Orchid was quite plentiful if not in profusion. Poking around under some scrub also revealed a couple of small colonies of Bird Orchids. 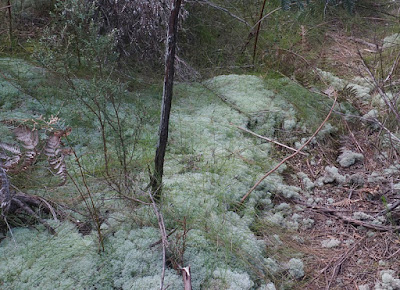 Coral Lichen, I think, is a species I have seen before in very small isolated clumps. At Grantville there were some large ‘beds’ of it under the tea tree scrub. 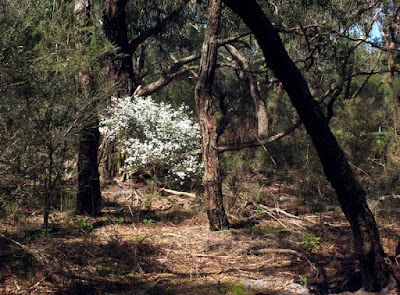 Wedding Bush likes the sandy coastal heathlands and makes an eye-catching display at this time of year. 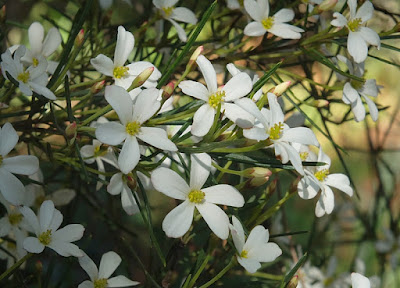 Although not considered to be under threat in the wild, Wedding Bush only grows in a very thin coastal strip down the east coast of the continent.