Back To Some Birds 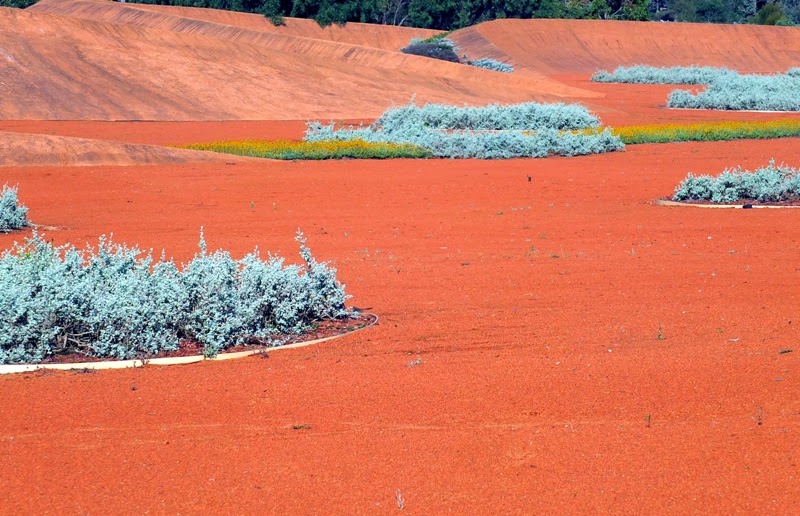 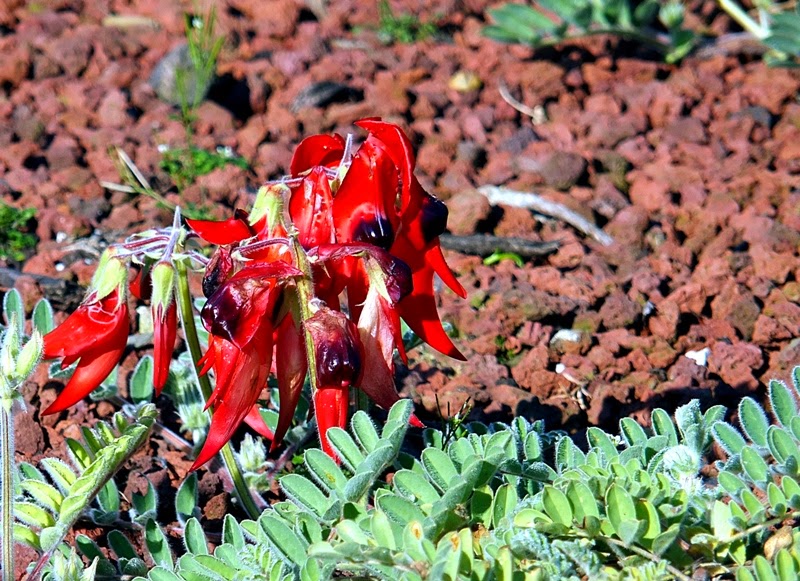 Australian Garden at Cranbourne - on my way back from Grandparents day in Frankston – boy, have schools changed? If you weren’t motivated to go to school these days there’s something wrong. (Matts school has a veggie garden and seedling house, chook pen, kitchen, a magnificent hall, playground equipment galore, a mini wetland, small patch of natural bush, oval, library… and some classrooms even).

The dry creek bed and arid region gardens at Cranbourne are my two favourites. On such a beautiful day I just wandered slowly in out of the eremophilas, mint bushes, etc and waited for small birds to pop up.

First was a little White-browed Scrubwren feeding in the leaf litter. 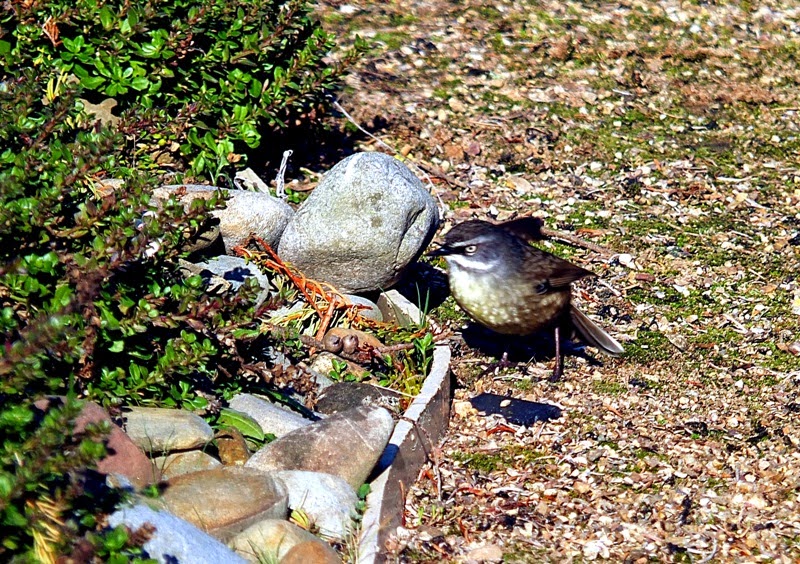 This little Superb Fairy-wren ran across my foot as I was standing taking some shots of the ‘desert landscape’. It got quite a shock and hopped away rapidly looking over its shoulder! 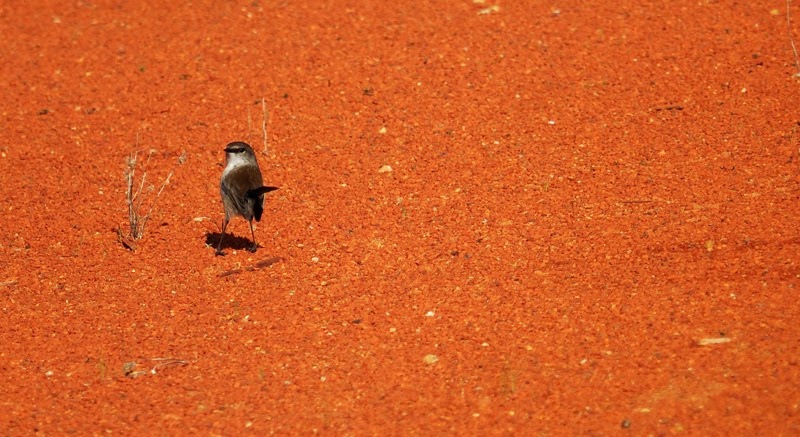 I was a little surprised to come across an Eastern Yellow Robin too. I normally would expect them to stick to denser and perhaps wetter habitat. 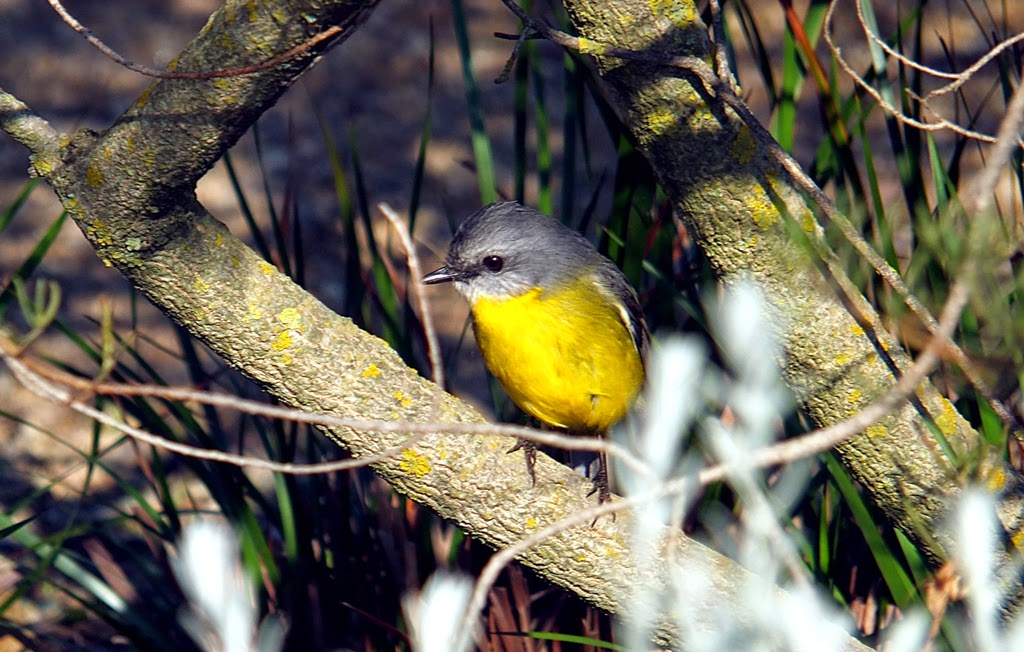 The most prolific bird was the New Holland Honeyeater. They seemed to be in every euc that had some blossom or any flowering shrub no matter how small. 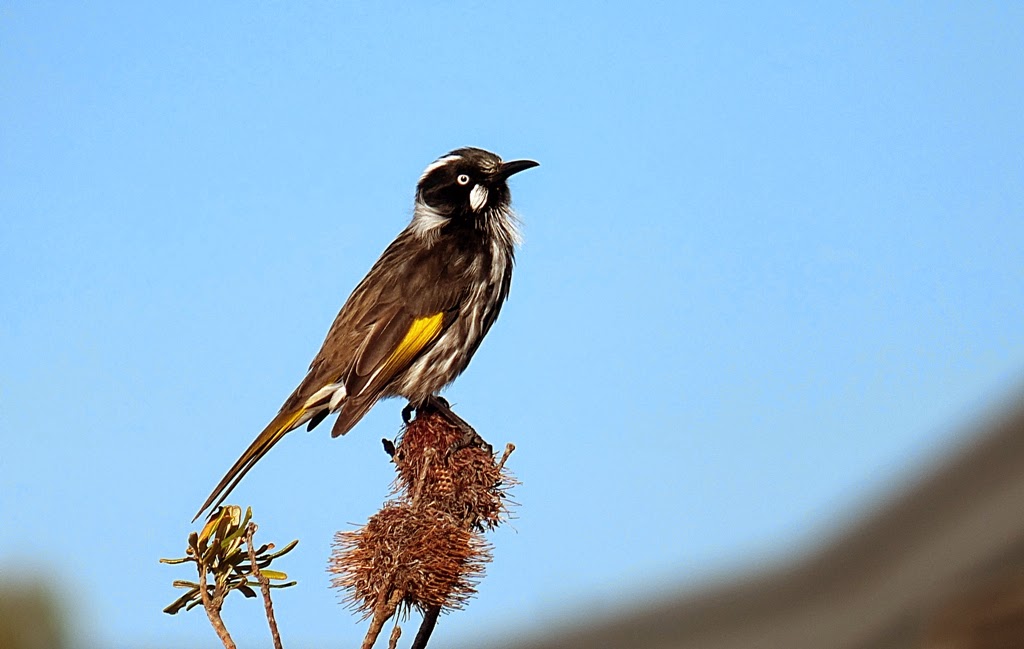 The birds are obliging here. They have wonderful habitat and despite the number of people wandering about they are quite happy to go about their business largely uninterrupted.

Posted by Gouldiae at 5:15 PM No comments:


It is believed that in Australia there are about 13,000 recorded species of fungi and about 250,000 species in total. This leads me to two conclusions; getting the IDs correct will always remain a challenge and I’m going to run out of alliterations for my headings very quickly!

A recent stumbling stroll in the gullies of Nangara Reserve at Jindivick led me to find a couple of new ones for my ‘fungi folder’, (now separated from ‘wildflowers & fungi’). 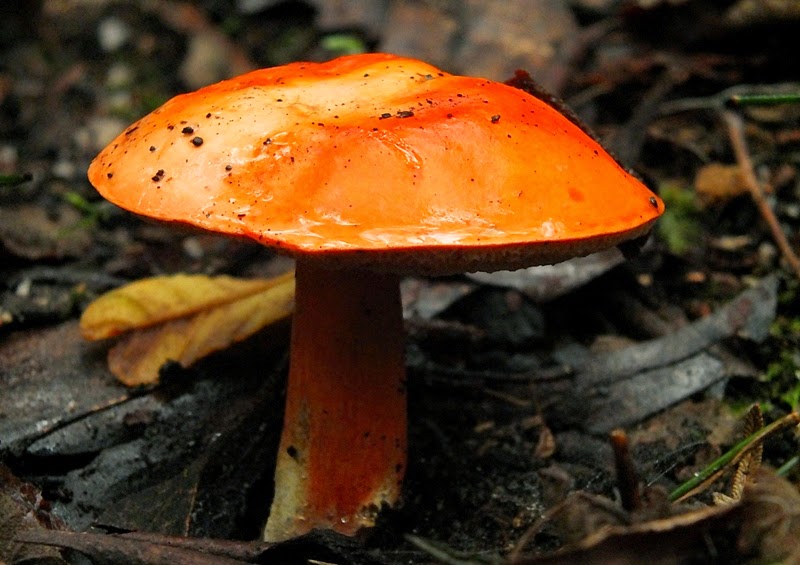 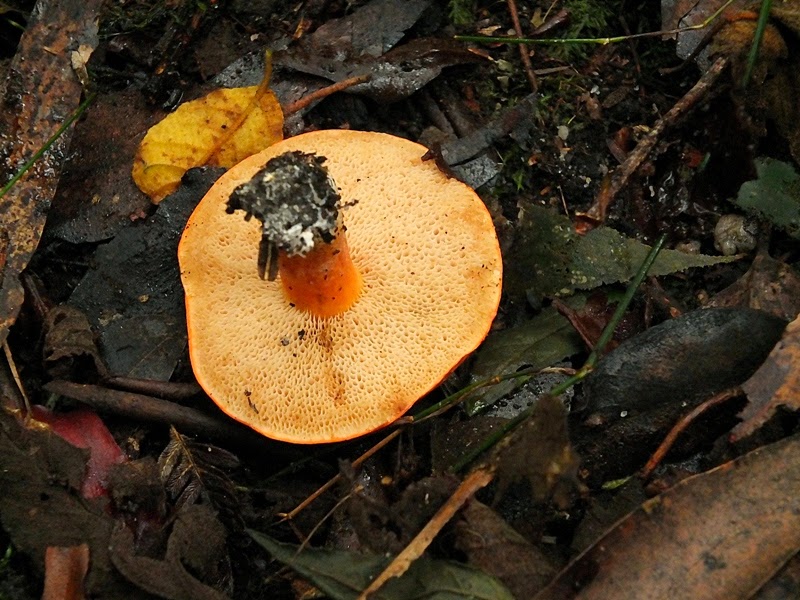 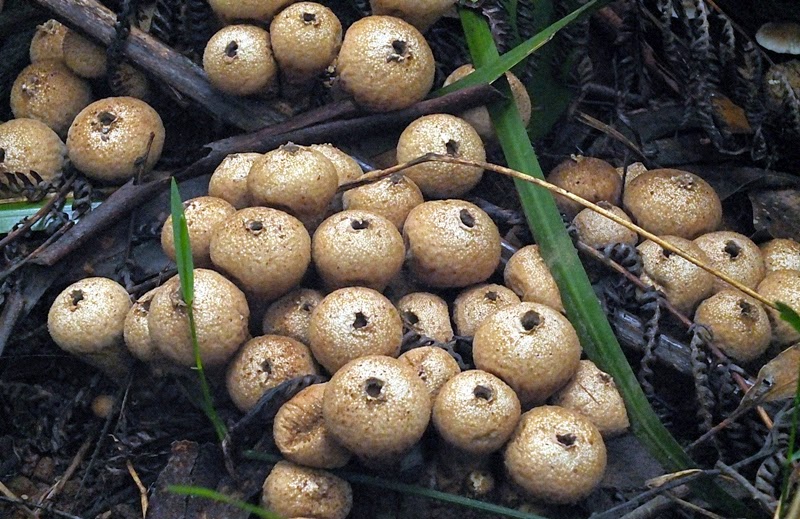 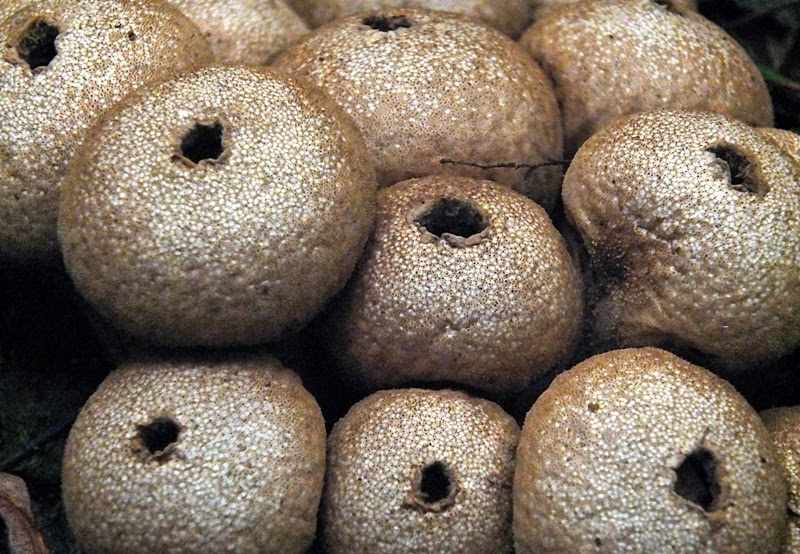 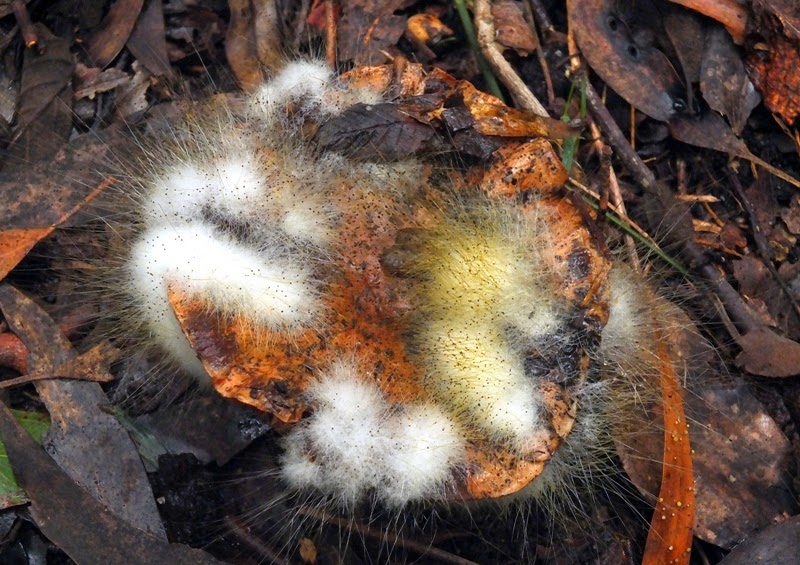 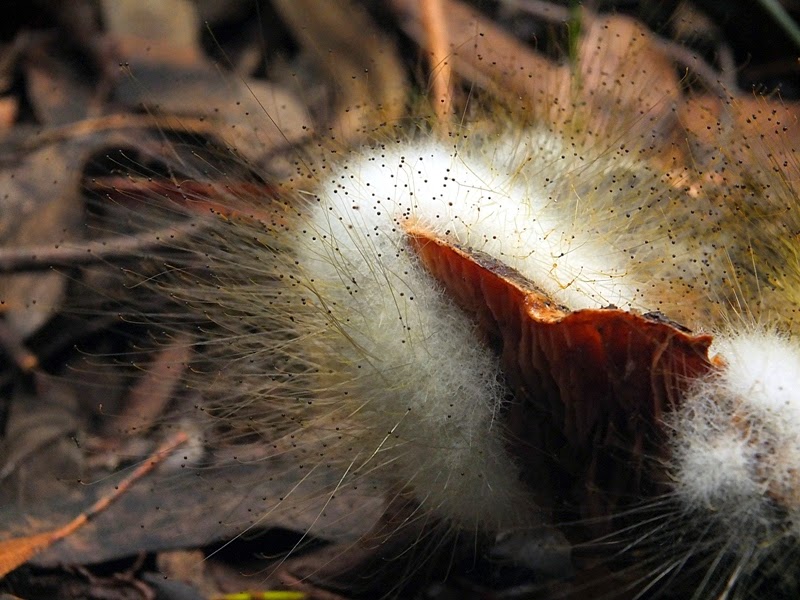 Another Dose of Culture


Mrs G and I were delighted to be invited to a small exhibition at the Meeniyan Art Gallery yesterday. The theme of Feathers, Nests and Flight was wonderfully depicted in various media by some very talented artists. The gallery has done a beaut blog on the event that you can access here.

Now, if I've done this right, this link should take you to a gallery of some extra shots I took on the day.

BUT they are often beautiful, they don’t fly away or blow in the wind when you try and photograph them and they are FASCINATING.

A few posts back I was bemoaning the fact I hadn’t seen much fungi in my new location here in West Gippsland. That has well and truly changed. The weather has turned to a more autumnal/winter pattern and I’m beginning to discover more and more interesting sites.

I’m not too confident if I have nailed ID’s, (happy to receive any suggestions/corrections), but the following are three recent sightings.

Small Coral Fungus, (Ramariopsis crocea?). I found this on the ground under some dense understory on the Rokeby rail trail. Fairly common and widespread apparently. 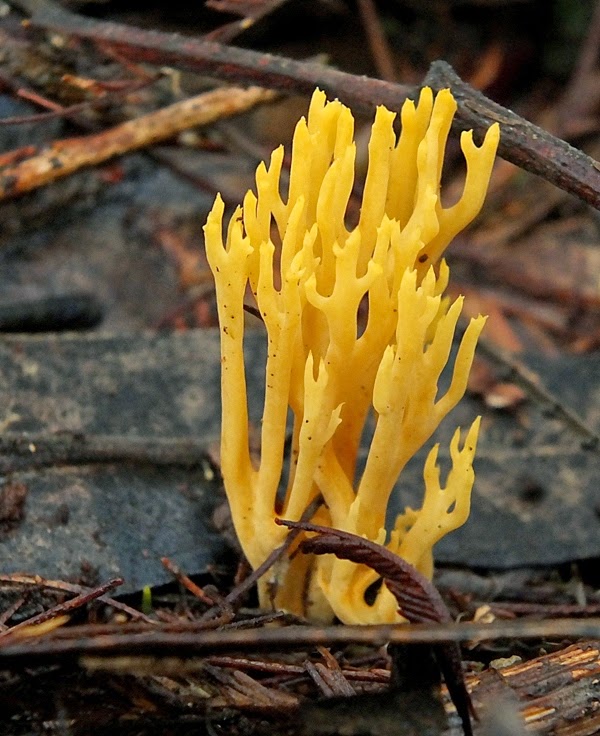 I love these Pixie’s Parasols, (Mycena interrupta?). Mrs G found these when we were exploring the track down, (and then back UP), to the Labertouche Cave. They were growing on dead logs and the caps were less than 10mm diameter. 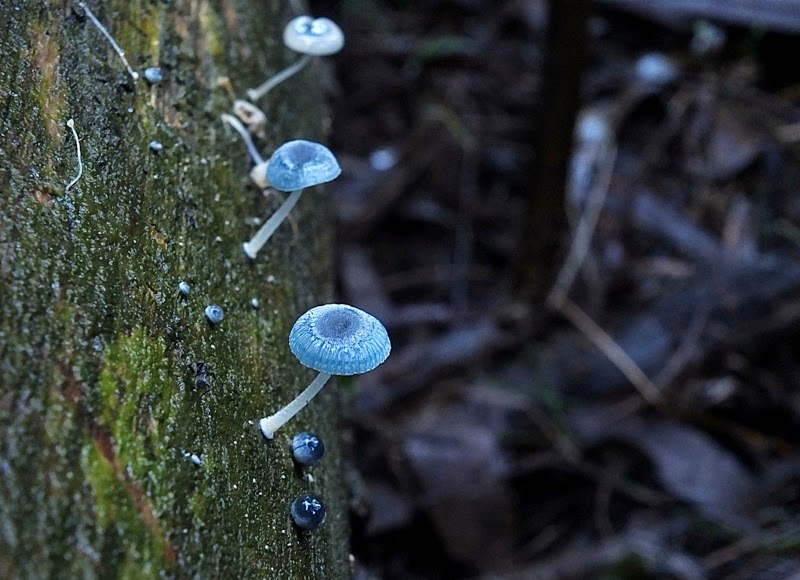 My ‘research’ into this Orange Pore Fungus, (Favolaschia calocera?), led me to discover that it is an invasive introduced species, probably from Madagascar. It was found not long back in some national parks in Queensland but has since been seen in many other places, including Uralla Reserve in Trafalgar where Peter G and I came across it recently. 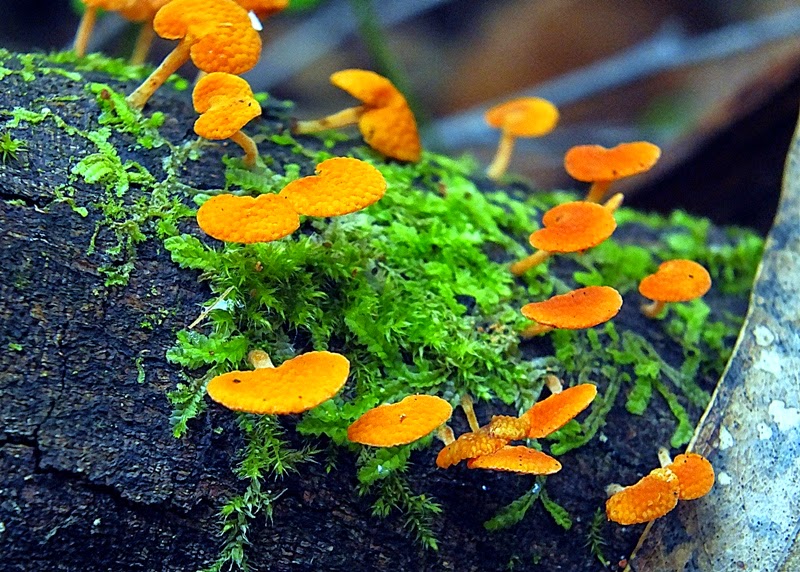 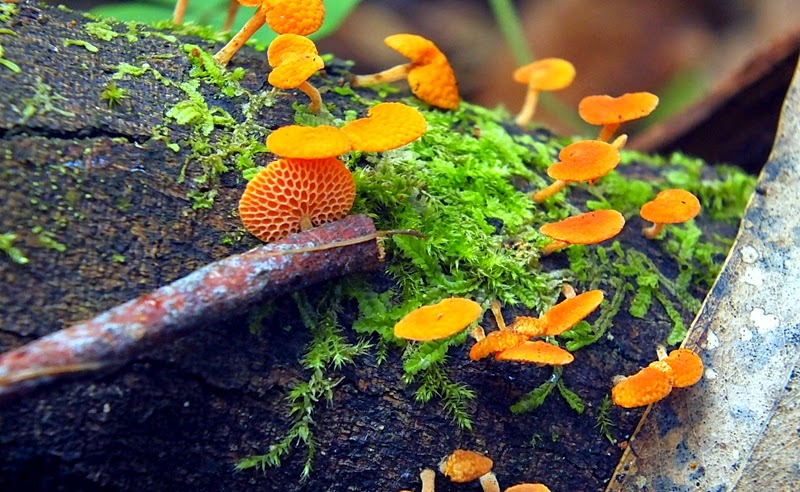 Great fun for the winter when the birds go quiet.
Gouldiae


A few days back, I spent yet another very pleasant day helping out with a bird survey for Greening Australia on some private property at Marlay Point near Sale. Parts of this particular block borders the Clydebank Morass and suffers a bit from salinity issues.

One of the more salt tolerant plants in the low parts is Beaded Samphire or Glasswort which was in its ‘red phase’. 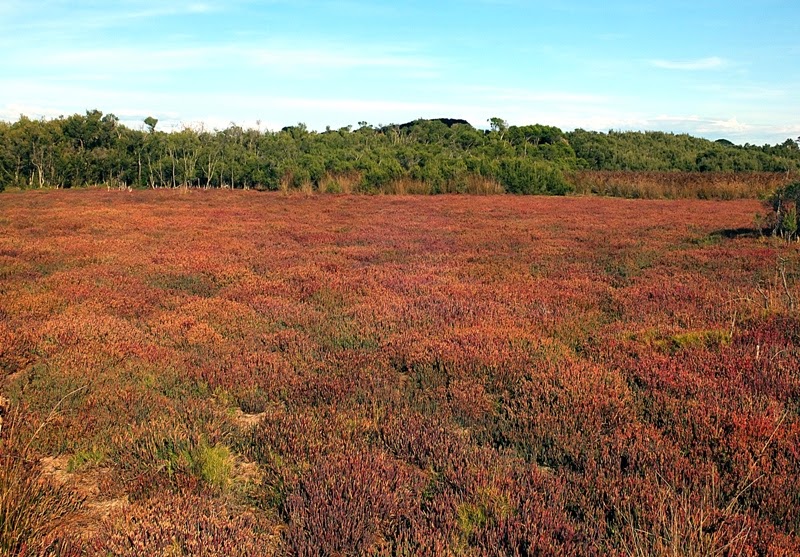 This amazing plant was used in earlier times to make glass apparently. The ash formed when the plant is burnt is rich in sodium carbonate. Sodium carbonate is an important compound used in many processes including as a flux in glassmaking. These days of course it is produced synthetically in large amounts. 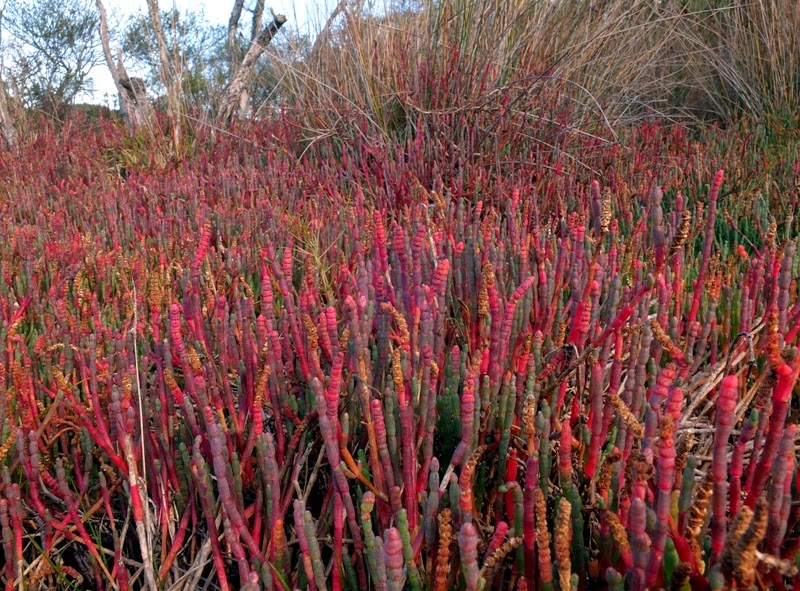 As we ticked various small grass and bush birds, a couple of raptors appeared. A Black-shouldered Kite hovered above a target before suddenly beginning its stoop to the ground. No doubt it gave some unsuspecting prey in the grass a heck of a fright. 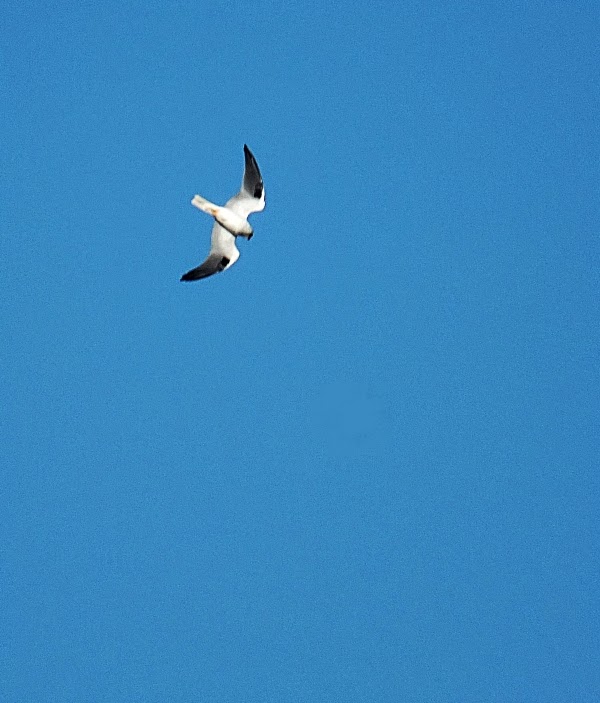 My eye caught a glimpse of a dark shape on top of a distant power pole and there appeared a juvenile Brown Falcon, (I think), surveying the roadside for something edible. 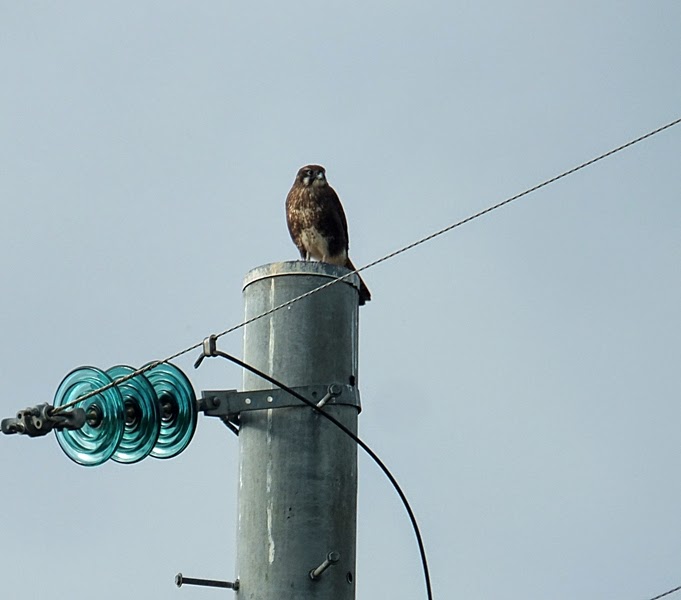 After finishing the survey we ‘cuppa-ed’ at the piles, often a great spot to see some seabirds. Caspian Terns were prominent but amongst them was a nice mob of endangered Little Terns and that was a nice sight. 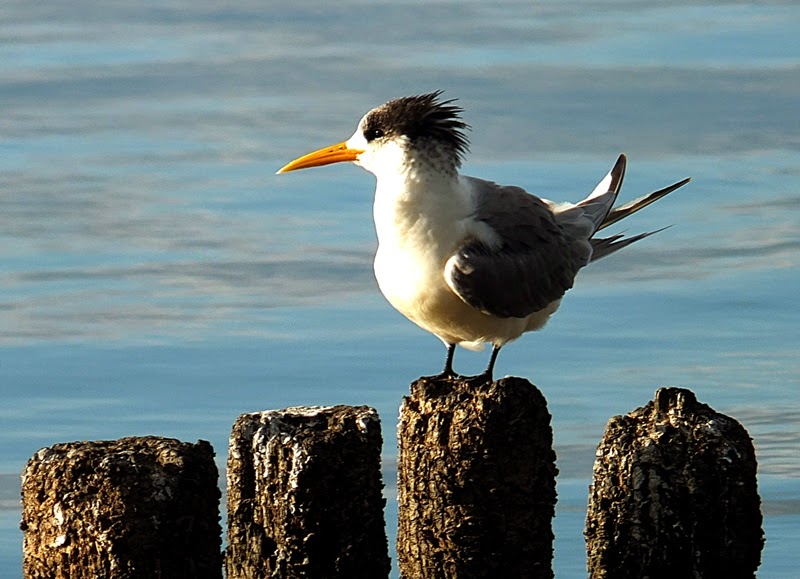 Didn’t take too long to get the cameras out again! 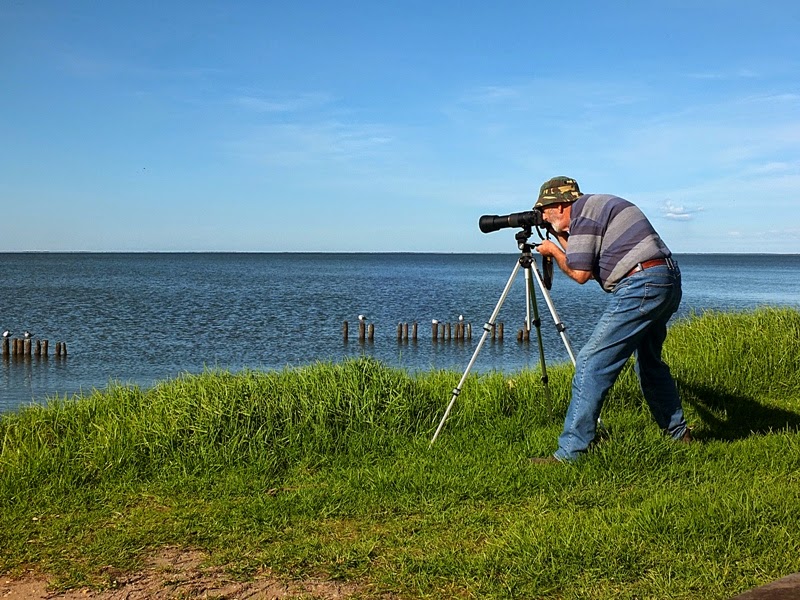 Posted by Gouldiae at 5:32 PM No comments: