Back in Nangara Reserve yesterday, I dipped again on getting the quintessential Rufous Fantail shot. I did get some nice views through the binoculars and managed one distant shot with heaps of blown out highlights! Nice to know they are still in residence and haven’t headed north yet – if indeed they do – so I just have to be persistent. 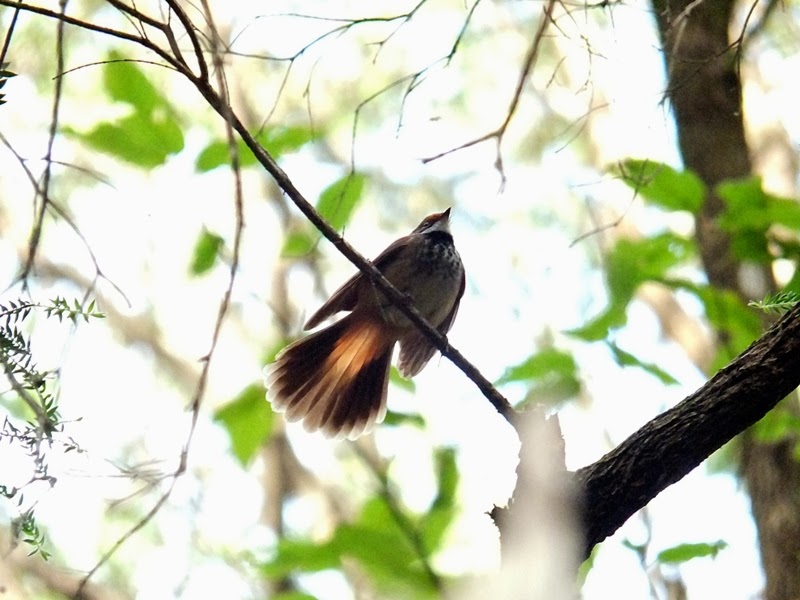 While chasing the fantails I also had some encounters with a Black-faced Monarch. This flycatcher too should be heading north soon.

After stalking the fantails and monarch I took advantage of a comfortable log to sit down for a bit. I seem to stumble more frequently these days if there are logs and holes hidden in the undergrowth.  As often is the case, letting the birds come to you can be a worthwhile strategy – well, that’s what I call sitting down for awhile anyway.

Brown Thornbills, Blue Wrens, Grey Fantails, Eastern Yellow Robins, etc all flitted by to say hello and then a small plain bird hopped into view. I mentally ticked a White-browed Scrubwren at first but then its behavior sent a signal that things were not quite right. This bird acted similarly to a treecreeper and spent much of its feeding time winkling out prey from under the bark of trees. 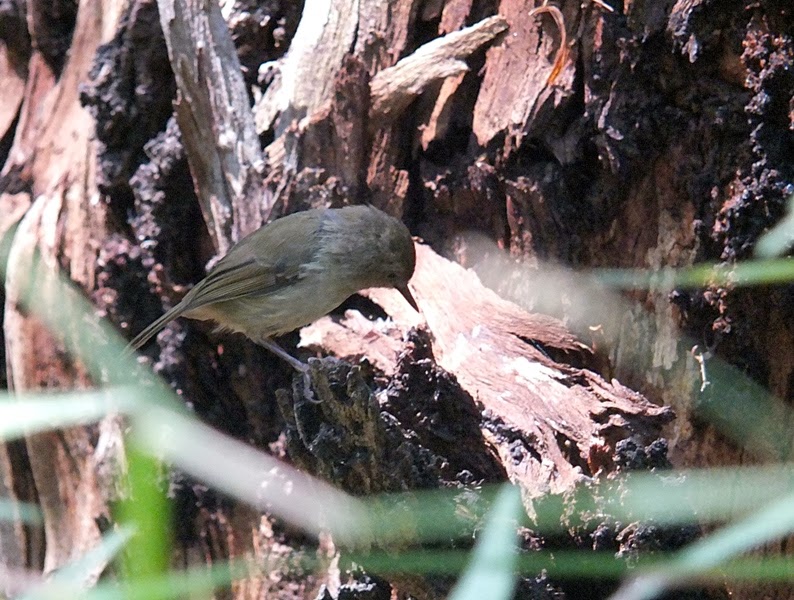 I got the bins focused quickly and discovered a rather long bill, complete lack of any evidence of a white brow, and no ‘window’ in the wing. The pale face and dark eye were further indicators that this was no White-browed Scrubwren. 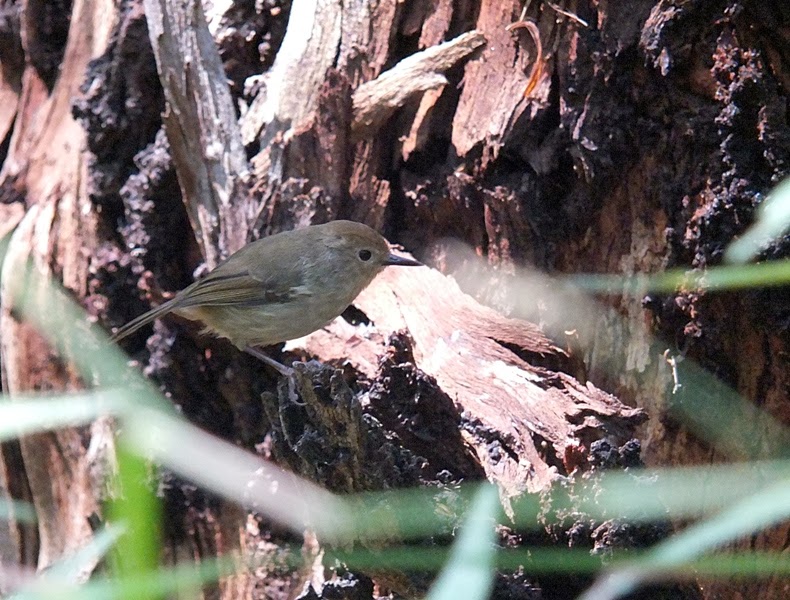 Resisting the urge to ID the bird straight away I got off a few hurried shots and headed for the field guide back in the ute. I think it might be a Large-billed Scrubwren. 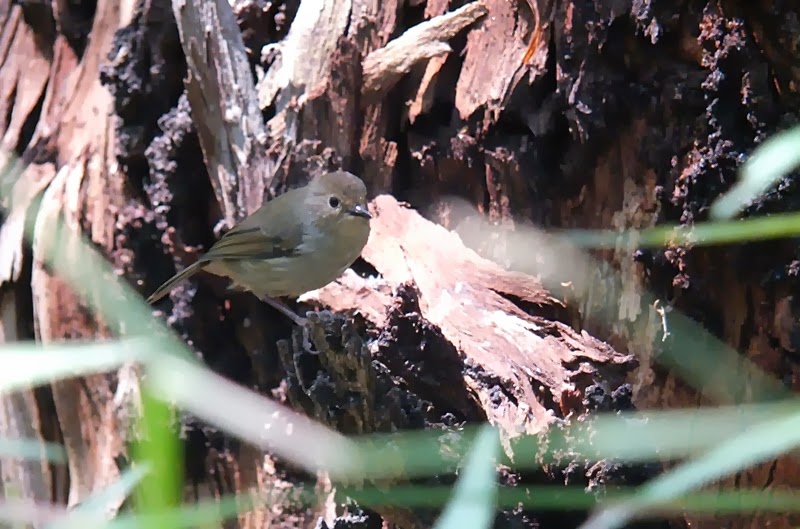 A first for me and the literature tells me this bird is just about at the southern end of its range but that it is sedentary, so I’m hopeful of coming across it again for some better views.
Gouldiae
Posted by Gouldiae at 10:48 PM 2 comments: