G’day Readers,
The rain down here is still hanging around but now consists of just annoying skitty showers with a glimpse of sunshine every now and then. The showers are drifting in from the south and that tells us in these parts there is a near stationary low just off the east coast.

The golf course is still closed. It is very soggy and we haven’t been able to get a mower anywhere near the greens or fairways – holidays! Between showers I grabbed the camera and wandered into a favourite patch of bush up the back for an hour or so yesterday – Grey Shrike-thrush, Golden Whistler, Spotted Pardalote, Brown Thornbill, Grey Fantail, parrots, miners, etc. (One day I’ll see a blue wren). The little bush birds do seem to be making a return.

I had some nice views of a female Scarlet Robin a week or so back. Yesterday the male was a little more obliging and after watching me for a bit from a high lookout, eventually dropped down to pounce on some tucker on the ground nearby. 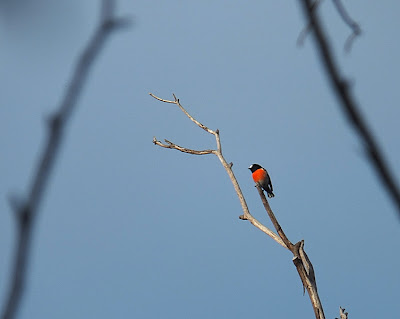 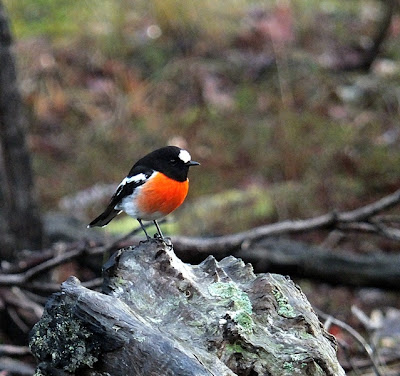 The winter orchids are beginning to appear. Mosquito Orchid leaves are quite profuse in some spots and the first greenhoods to flower this season are the minuscule Tiny Greenhood. This little terrestrial is apparently not uncommon – easily missed however. 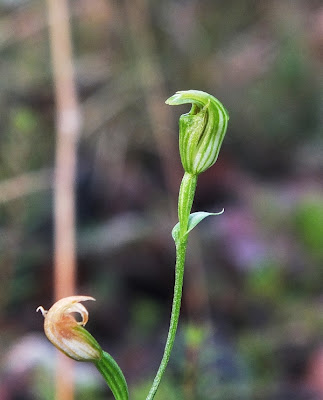 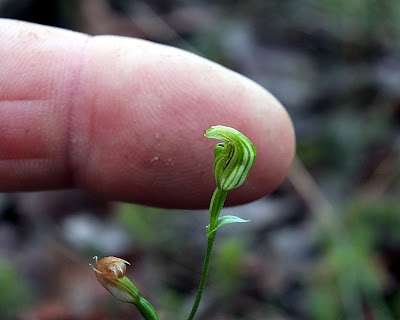 The ground in the bush is very soft underfoot – come on spring!