G'day,
Yesterday I joined a small band of dedicated birdwatchers as we ignored the heat, met up in Rosedale and headed south. The western chapter of BLEG, (the Heyfield mob), was joined by some of the East Gippsland colony and as a mixed species we explored a small part of the Holey Plains State Park. Our strategy for most of the day was to saunter slowly between patches of shade where we would pause and try to spot birds.

We began at Harrier Swamp where the ‘Parks’ people suggest on their notice board that the short circular track should take 20 minutes to return. I don’t think they were considering birdwatchers when they came up with that figure. Eastern Yellow Robins, Rufous Whistlers, White-eared Honeyeaters, Yellow-faced Honeyeaters, Brown Thornbills, Red-browed Finches, Eastern Spinebills, Grey Currawongs, Sacred Kingfishers, Grey Shrike-thrushes, White-throated Treecreepers, White-browed Scrubwrens, Scarlet Robins, Musk Lorikeets … were among some of the ticks on this walk. 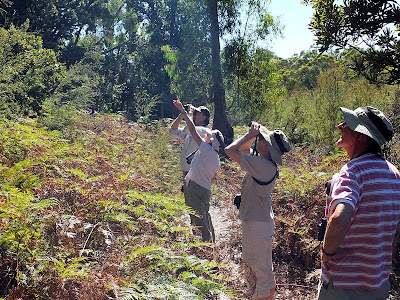 Back at the car park there was a small remnant waterhole that attracted a nice variety of birds for the photographers while they had a drink and a splash – the birds that is. 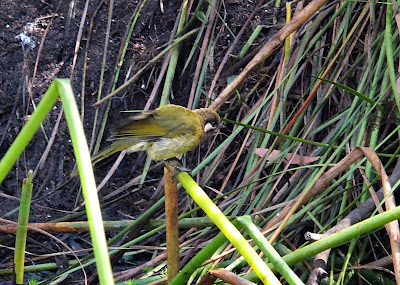 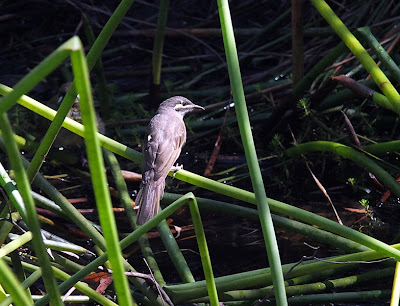 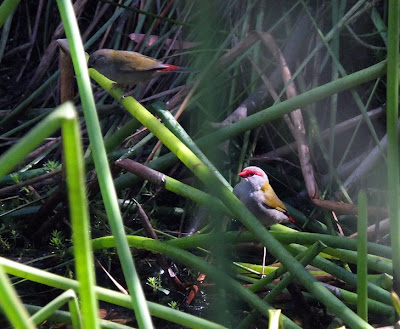 Next we headed for the picnic ground at Merriman’s Creek. This required a small detour around a fallen tree which we all negotiated successfully. Lunch was held in the shade of some big eucs. 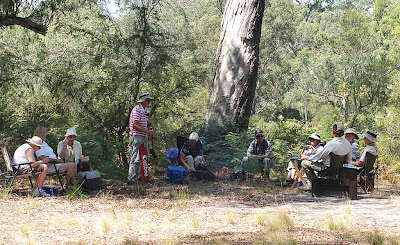 After lunch we explored the banks of the creek – almost to no avail except for an excellent tick of a Bassian Thrush by Ross whose quick camera work confirmed the sighting.

After struggling back up the bank and onto the road we suddenly came upon a small colony of Varied Sittellas feeding in the eucs. John sent me some of his pictures which are a great series of shots that nicely describe the habits of this wonderful little bird, (… foraging together … working their way down the branches and trunks … gleaning insects etc from cracks in the bark … often hanging upside down). 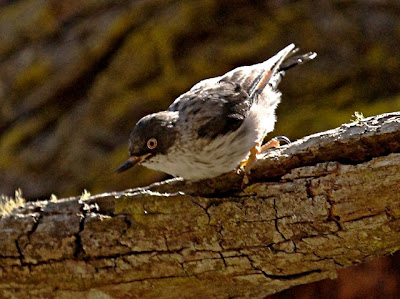 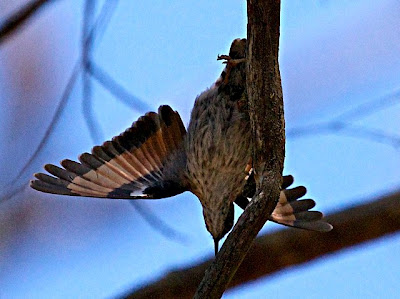 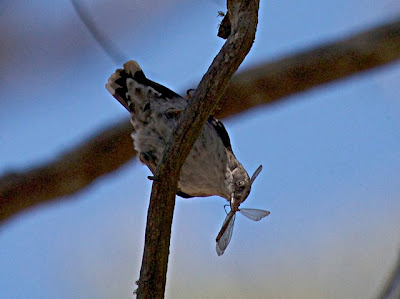 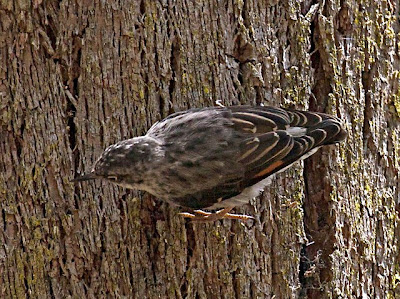