I took the opportunity of some bright light and no wind yesterday to try for some wetland landscapes near Sale for a small exercise I’m doing at present.

Lake Guyatt and the Sale Common are two favourite sites that I am drawn to when I want a wetland fix to contrast with my normal dry bush, (very DRY at present), habitat around home. Guyatt in particular is interesting – right on the edge of town, very popular with walkers, picnickers, dogs, etc – and still the birds come. The scene below is one from yesterday and amongst the ducks, Freckles mind you, there were Latham’s Snipe, Ibis, Gulls, Dotterels, etc. 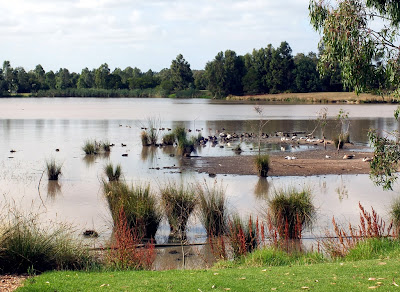 While getting some shots at Guyatt, a young family pulled up for a picnic breakfast-lunch and the two older children began feeding the gulls. As the birds began to approach closer and closer, the children became frightened and Dad’s immediate response was, “Let’s frighten them away – shoo, shoo”. A game then began of enticing the gulls in with scraps then shooing them off as they got closer! I was biting my tongue.

I put some time in at the Sale Common next. This wetland has been inundated for quite a period lately and the walking tracks are only just drying out after several months of being submerged. Ducks, Darters, Cormorants, Coots, Egrets, Herons, etc, were all enjoying themselves and I was quite impressed with the list of bush birds I was seeing and hearing – Rufous Whistler, Sacred Kingfisher, Pallid Cuckoo, both Pardalotes, Crimson Rosella, Yellow-faced Honeyeater, etc. 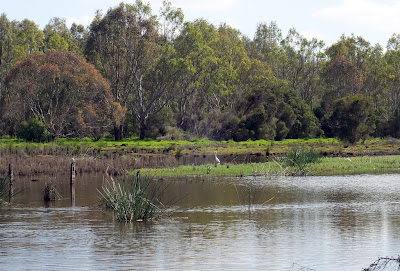 Satisfied with the morning’s walk, I purchased a coffee and retired to the Powder Magazine and sat under the shade of some old Peppercorn trees. To my delight a pair of Shining Bronze Cuckoos began to call and display to one another. They were always in deep shade or behind some foliage but eventually got a couple of acceptable views of a bird I have certainly heard more often than seen. 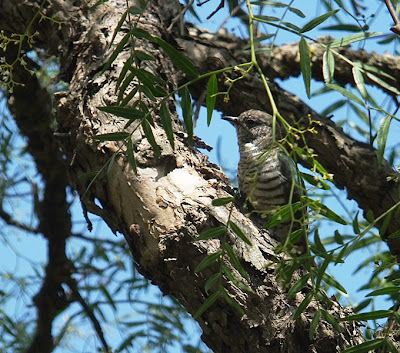 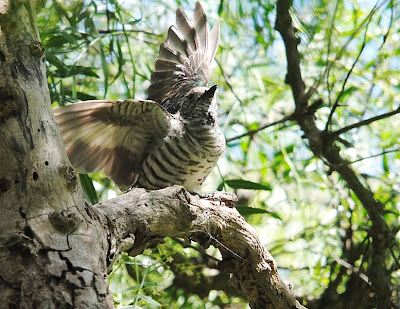 Today's heading of course pertains to the call of the Shining Bronze Cuckoo.
See ya,
Gouldiae.
Posted by Gouldiae at 8:32 AM 4 comments:

G'day folks,
I spent this morning helping Martin and Duncan with a survey on a block of land at Marlay Point on Lake Wellington. Thought I might run you through a couple of the hazards involved when bird surveying.

As nearly every birder knows, when there is an interesting bird to look at closely, or a positive ID to be made, etc, the subject will nearly always be backlit.... 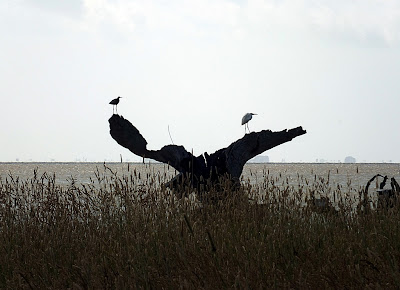 Not a problem thinks I, I'll turn 180 degrees and head into the grassland with the sun behind me ... 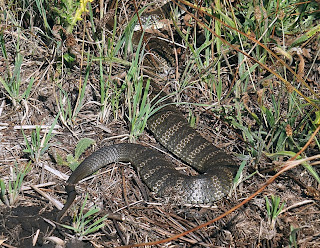 Oops, think I might just head back out on to the track for a bit and stick with the others!

Not really hazards, hey? Especially when you are out with great company on a nice morning seeing some great birds ... hovering Kestrels, diving Terns, startled Qail, inquisitive Cisticolas, etc.

It was Martin's tern, [sic], to bring morning tea, so we had coffee and apple scrolls down where there were piles of birds er, birds on piles ...


G'day Readers, (if there are any left),
Just to keep Blogger from shutting down my account through lack of activity I’ve gone back to a few birds we came across in Gluepot Reserve on our visit back in September.

The White-fronted Honeyeater was quite numerous as they can be apparently. They like the drier arid country and follow the flowering of the desert plants. 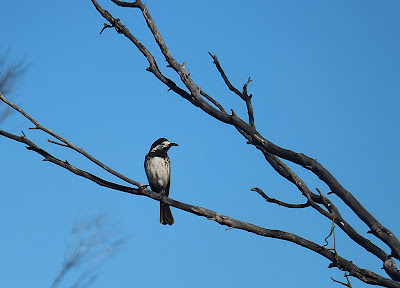 At one bird hide I caught up with what I call the Gluepot Grey Currawong. They are much bigger and darker race than our Gippsland birds and lack any white in the wings – hence their alternative common name of Black-winged Currawong. 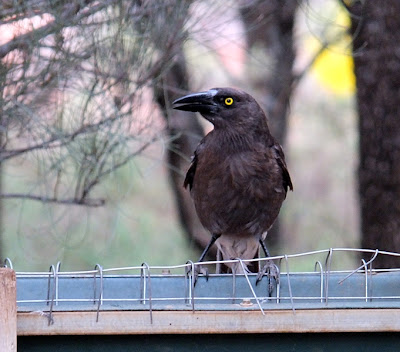 As close friends might appreciate I have a passion for the ‘small bush birds’ – wrens, robins, thornbills, pards, etc. One species we are seeing less and less of around these parts is the Hooded Robin, so it was nice one day to stalk a small family for a half hour or so to get some nice views of the male and the female. 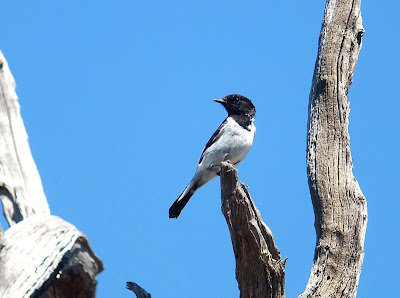 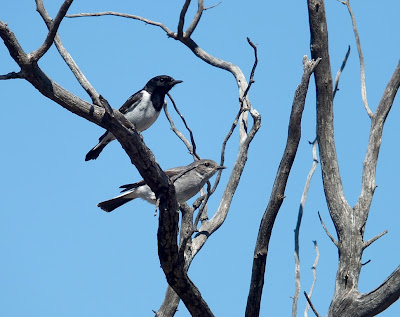 Probably the iconic parrot of Gluepot, the Mulga Parrot, would often surprise me as they flew up from the low shrubs on the ground just in front of me. Their camouflage is very effective. I managed a shot of a pair at one stage and the more subtle tones of the female are as attractive as that of the brighter male in my book. 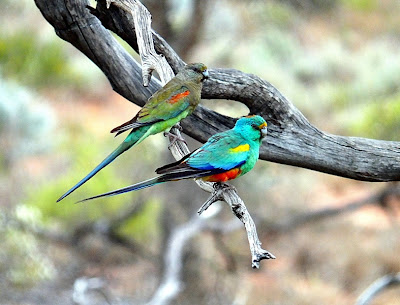