G’day,
Last Sunday, with a weather forecast that was not particularly encouraging, a small band of keen birdos gathered at Glenmaggie for our timetabled trip in to Wollangarra. The omens were good though.  Between showers at the meeting point, a small flock of Needle-tail Swifts were spotted as they performed their customary aerobatics very high up. 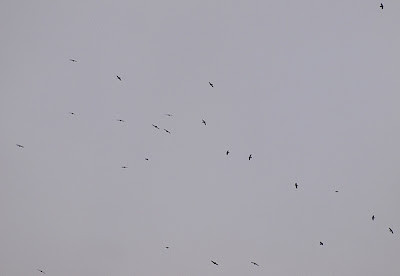 Blanket Hill is nearly always a great spot to pause for a bit in the hope of spotting a raptor soaring on the thermals. Today we got lucky and ticked a Little Eagle. The clouds were clinging to the hilltops and seemed reluctant to let go. 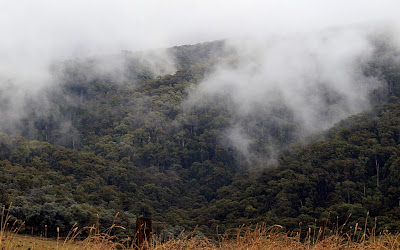 We pulled in to the car park at Hickey’s Creek, (on QI recently, Stephen Fry mentioned there are only four localities in America where they use the apostrophe – Martha’s Vineyard being one!), to the raucous calling of a group of Noisy Friarbirds. We took a short walk and were rewarded with some great views of some typical little scrub birds including Silvereyes and White-browed Scrubwrens. 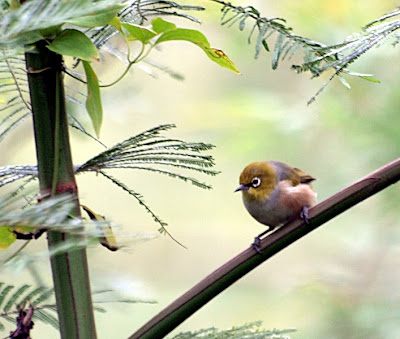 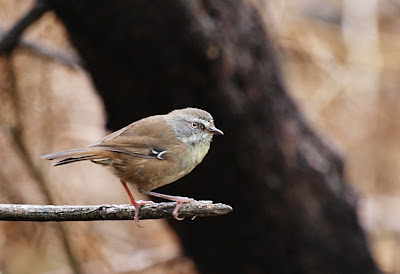 After a cuppa back at the cars, we were entertained for a while by a pair of Leaden Flycatchers. 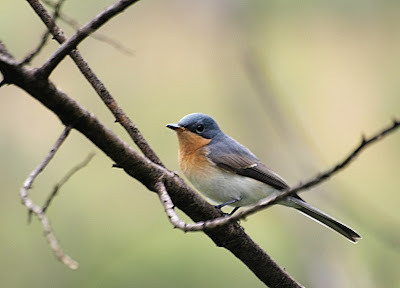 We put on our backpacks and headed across the paddocks to the flying fox – the only public access to the camp. I’ve been pretty slack lately and am having difficulty remembering what we saw on the walk. I do recall seeing Dusky Woodswallows among others but no bee-eaters. 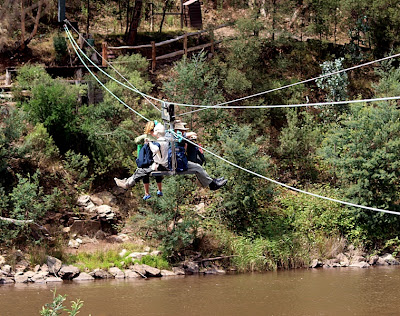 The clouds finally decided to lift and Hamish gave us a tour of the camp and some updates on things that had been happening. The Wollangarra crew are well regarded in this district and they do a fantastic job of introducing young people to the ‘high country’. I particularly like this extract from their statement of beliefs - We believe that by "doing" rather than "talking", and "fixing" rather than "complaining", we can help young people to see environmental issues as exciting and demanding challenges to the way we live, rather than as endlessly depressing and negative threats to our future.
We didn’t do much bird watching around the camp. The people and the place are so interesting and we all had stories to swap over a longer than usual lunch – very pleasant. We even decided to forgo the trek across to the next river flat and opted for a slow meander back out to the cars. A skein of Straw-necked Ibis cruised overhead. 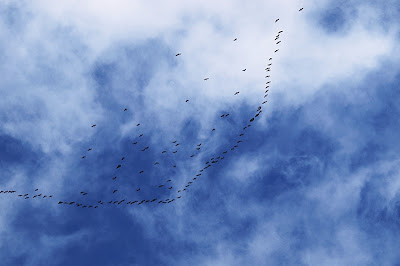 A doubtful start to the day had turned into a wonderful and tiring day spent with great people and birds, in a beaut little corner of our world. Couldn’t ask for anything more really.
Regards,
Gouldiae.
Posted by Gouldiae at 8:55 AM 3 comments:

Whistling Wings South of the Divide.

G’day All,
The Crested Pigeon has not been a regular Gippsland bird. Although the bird would be classed as a widespread species, most distribution maps show that we are not supposed to have them around here. 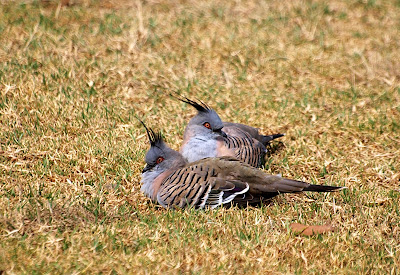 For some several months now I have been seeing a single bird quite regularly around the golf course. Today, a pair let me get quite close provided I stayed aboard the motor bike. Like many other birds on the course, as I loudly motor by, they tend to ignore me or perhaps fly off just a few metres. I think I’ve become a part of the habitat. Don’t reckon it would work down at the wetlands, but!
The cresteds seem to be advancing ever further toward the coastal zone of southern Victoria. Their whistling wing noise as they fly off is apparently regarded as a warning signal. Whatever, they are a welcome invader to my little corner of the world. Thus far, the bully-boy Noisy Miners and Rainbow Lorikeets haven’t convinced them to move on. 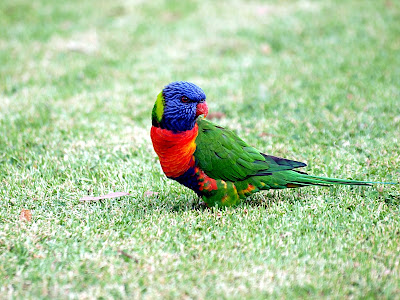 
G’day,
What a beaut word – miscellaneous - comes in very handy when you don’t have a lot to blog about.
Several quick trips to Sale lately have seen me spend some time around the Powder Magazine Museum. This is a great little quiet spot tucked away between the Thomson River and Lake Guyatt and right on the edge of town. I seldom miss the chance to have a coffee there, with camera at hand. 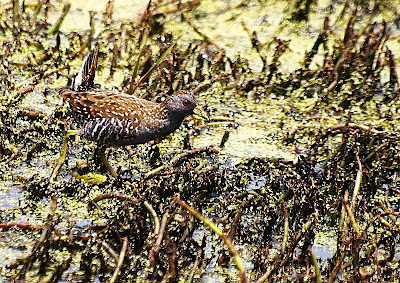 Between sips of my cappuccino the other day, a Spotted Crake strutted out from the reed beds and across the mud flats. How well camouflaged is that?
As I snuck around for a better angle at the crake, there was a flutter of wings and the typical explosive ‘chack’ as a couple of Latham’s Snipe took off from the tall grass on the edge of the swamp. After a bit of a scan through the binoculars I could see one still remained behind some vegetation in the middle of the mud flats. 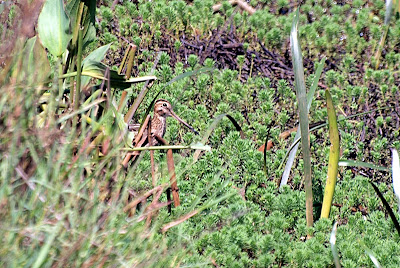 A day or so later, after picking up some discarded food wrappers, coke bottles, an old blanket and a few sundry other items I’d rather not describe – seems I’m not the only person to find this a great little quiet spot – I was sitting at one of the tables when a family of Mistletoebirds and some Silvereyes dropped in to spy on me. They probably didn’t find me as half exciting as the blanket dwellers. 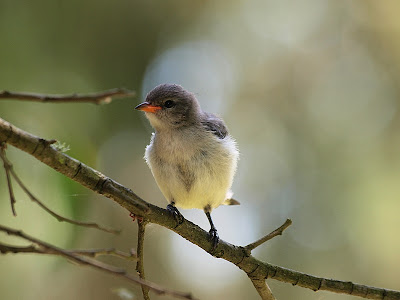 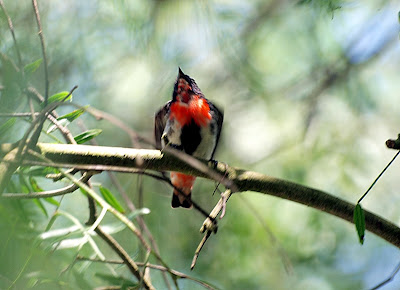 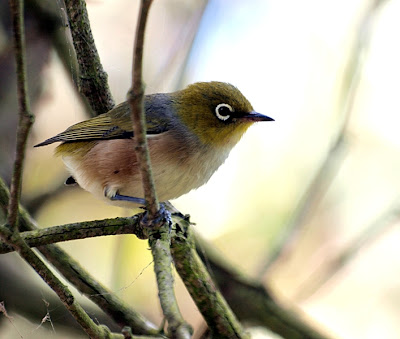 I’ll get that decent shot of an adult Mistletoebird one day.
Regards,
Gouldiae
Posted by Gouldiae at 6:36 AM No comments: